The Academy has reportedly turned down the NBA superstar and Oscar winner for consideration for membership, despite being recommended by its executive committee.

Former NBA superstar-turned-director Kobe Bryant will not be one of the new entrants into the Academy’s membership, despite having won an Oscar earlier this year for his debut film Dear Basketball.

The 2018 list for new members of the Academy of Motion Picture Arts and Sciences is announced next week, but Bryant’s name won’t be on it, despite him winning the Oscar for Best Animated Short back in February and him being recommended by the Academy’s executive committee.

However, his name was removed after the list was then reviewed by a second committee, which will present the list of potential new members to the full board of governors on Saturday (June 23rd).

By Holly Williams in Lifestyle / Showbiz on 22 December 2016

That baby couldn't be more perfect.

Kobe Bryant has finally unveiled an adorable first photo of his newborn daughter Bianka who he welcomed into the world with his wife Vanessa earlier this month. Fast asleep and swaddled in a soft pink wrap and matching bonnet, Bianka appeared on the retired NBA player and his wife's Instagram yesterday (December 21st 2016) at just 16-days-old. 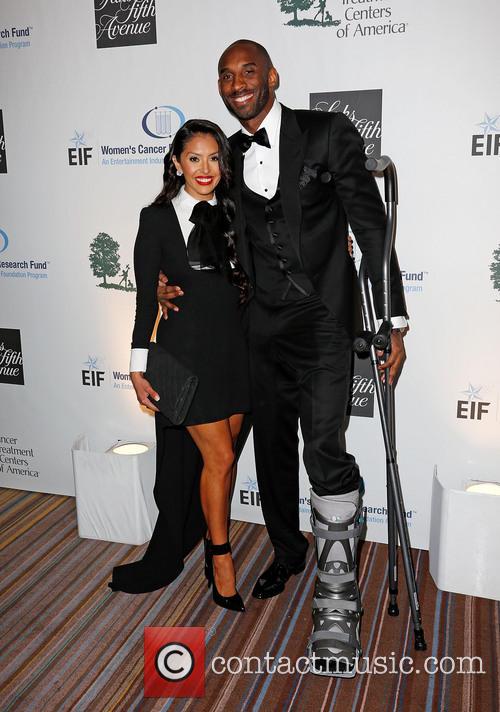 Bianka Bella is 38-year-old Kobe and 34-year-old Vanessa's third child (and their third daughter) who the basketball player has lovingly referred to as Baby Mamba after his Black Mamba sporting nickname. Bianka joins the other Mambas: Gianna Maria-Onore, 10, and Natalia Diamante, 13. 'Vanessa Bryant and I are beyond excited to welcome our newest baby girl, Bianka!!' Kobe wrote in the picture's caption, citing the baby's measurements as 7 pounds, 5 ounces and 20 inches (that's about 3 kilograms, 140 grams and 50 centimetres for metric users).

Swifty has now sold out a record-setting 16 shows at the Staples Center, and Kobe was there to congratulate her.

Taylor Swift's career is going from strength to strength, with her latest achievement - 16 sold-out shows at the Staples Center in LA - celebrated live on stage by basketball star Kobe Bryant. 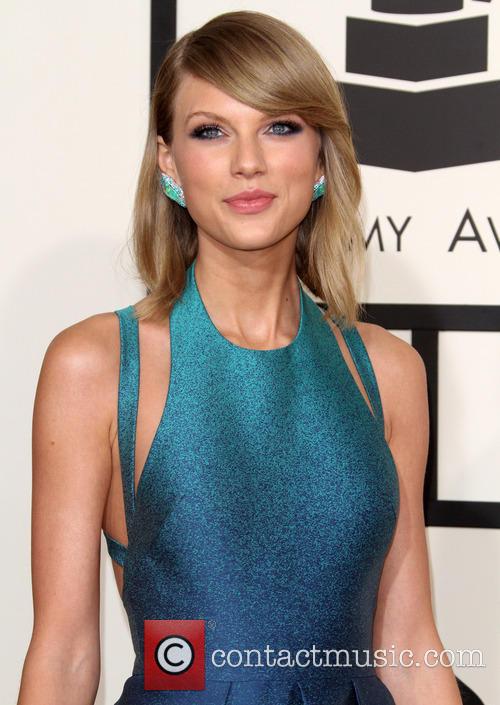 The five-time NBA champ joined Swift on Friday (21 August) for the first of her five-night stop at the arena, and presented the surprised singer with a banner marking her record-setting feat, reports Entertainment Weekly.

By Victoria Pavlova in Lifestyle / Showbiz on 03 April 2013

Magic Johnson fully supports his gay son and so does Kobe Bryant.

So Magic Johnson’s son is gay and the media might care, but Magic sure doesn’t. The basketball veteran stands firmly behind his son in every way. 20-year-old Earvin Johnson recently came out to the media and the public and has since been photographed holding hands with his boyfriend. And while the gossip mill might be eagerly churning, good ol’ Magic is not bothered by the ultra-masculine stereotypes of his sport and is instead fully supportive of his son. "Cookie and I love EJ and support him in every way," the Lakers legend and current Dodgers owner said.

"We're very proud of him." And good on them. Johnson has been voicing his support for LGBT rights for a long time. In 2011, he made the following statement: "Cookie and I love EJ and support him in every way," the Lakers legend and current Dodgers owner said.

"We're very proud of him." He is very actively working to break those stereotypes in a number of ways, including putting in his support for the repeal of California’s infamous Proposition 8, which explicitly bans same sex marriage in the state.

Continue reading: Magic Johnson Supports His Gay Son, But Why Should Anyone Be Surprised?

LA Lakers man says there shouldn't be an issue over homosexuality

Coming out as gay should not be an issue, but in far too many mainstream sports there is still the sense of taboo about the subject, an utter shame and, really, completely nonsensical in the free-speaking world. Which is why, as long that attitude still exists, it’s important for people like Kobe Bryant to stand up and support those who have gone public with their homosexuality.

That’s exactly what the LA Lakers legend has done, supporting former Lakers great Magic Johnson in his own decision to stand by his son’s recent announcement that he was gay. TMZ reports that the former baller and wife Cookie are fully behind their son EJ, who is openly gay, as well they should be. It’s an attitude that Bryant shares, and he told the website "Of course Magic is supportive of and loves his son. Why should anyone be surprised?" Continuing he added "What I can't tolerate is a lack of tolerance."

That Bryant is in support of EJ Johnson is potentially a hugely important thing for basketball in the USA, with a player of his stature openly saying he has no problem whatsoever with homosexuality in the game (and why should he?) Then you’d hope that this might change the attitude of the sport at large and, hopefully, allow more people to feel free with their sexuality. You’d hope. 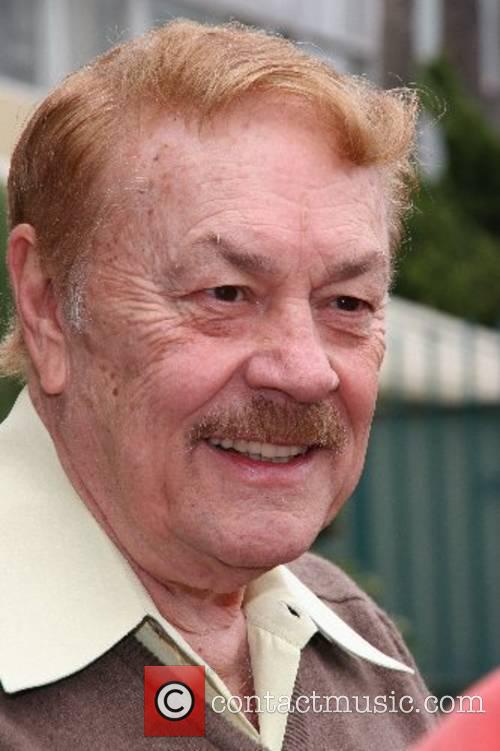 The Bryants Reconcile After A Year Of Divorce Proceedings

By Victoria Pavlova in Lifestyle / Showbiz on 12 January 2013

Divorces are a frequent occurrence among the rich and famous in California, but calling off a divorce only happens once in a blue moon, and that is exactly what basketball superstar Kobe Bryant and wife Vanessa have done, it seems.

On Friday Vanessa Bryant publicized the news via her Instagram page, saying "We are pleased to announce that we have reconciled. Our divorce action will be dismissed. We are looking forward to our future together. Kobe & Vanessa." Isn’t that sweet? Almost like a second wedding, and it was even preceded by the customary expenses. In this case the money was spent on lawyers and asset estimates, instead of a cake and flower arrangements, but romance is everywhere after all.

As of yet, the details of the reconciliation are unknown. The couple were supposedly in the process of dividing their assets and that included selling the Newport house, owned by Vanessa Bryant. The place, which has five bedrooms, six bathrooms and five fireplaces, went for $3.2 million, according to the LA Times – a hefty fee for a mock divorce. Well, they might have lost that, but at least they have each other right? As well as the three other Newport homes under Vanessa’s name of course. The houses were transferred to her after the divorce proceedings began in December 2011, after ten years of marriage. Thankfully, now all of that is behind the couple. We would, of course, like to wish the Bryants all the best in their, um, continued life together. 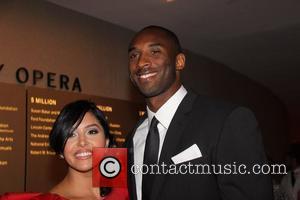 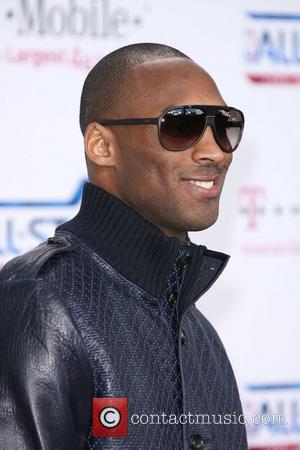 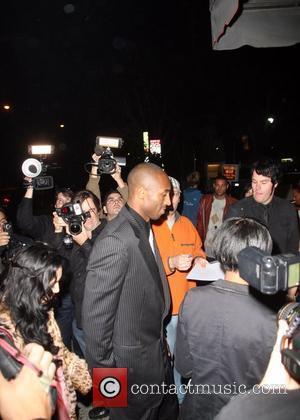 Report: Kobe Bryant To Make A Deal In Rape Case