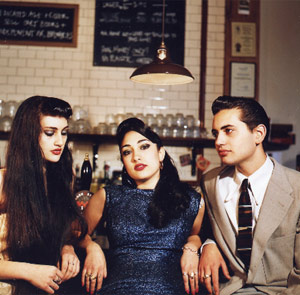 New album 'Smoking In Heaven' released 30th May The evolution of Kitty, Daisy and Lewis from front room jammers to critically lauded professionals has been an expeditious one. Since their beginnings, the talented trio have released an acclaimed debut album as well as numerous singles, secured themselves a cult following and supported none other than Coldplay on their U.S tour.

This year has seen more exciting developments with the band including the release in May of their hotly anticipated second studio album "Smoking in Heaven." Kiitty, Daisy and Lewis are also excited to announce that on 20th June they will be releasing a standout single from the new album "Messing With My Life" on Sunday Best Recordings. Following on from the highly infectious "I'm So Sorry" / "I'm Going Back" double A side, "Messing With My Life" once again showcases their adept ability to create highly original music that touches upon a plethora of genres but commits fully to none. Here we witness glimmers of Ska and Rock n' Roll merging with boldly pulsating rhythms and lulling guitar riffs that bear strong connotation to 60s Soul and Blues. All of this is set expertly amongst the enchantingly repetitive jazz tinged vocal " Why you messing with my life?" The result: a beautifully defiant track that is certain to seduce listeners and declare Kitty, Daisy and Lewis as one of the must see bands of the summer.

The A side is supplemented by the tantalizingly tropical B side "Coco Nuts," which was recorded directly to vinyl by Lewis live at the Riflemaker Gallery during a four week analogue recording installation. Lewis spent 40 minute sessions with the likes of Jarvis Cocker, Pete Molinari and members of Primal Scream recording tracks direct to vinyl. As heard in Coco Nuts, the authenticity of the sound achieved so admirably in a single take is not only testament to Lewis's technical skill but also the band's infallible performance abilities.

1. Messing With My Life 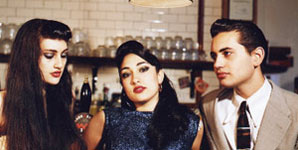 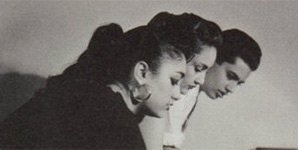