The English actor, who plays Jon Snow in 'Game Of Thrones', made the comments on 'Late Night with Seth Meyers'

‘Game Of Thrones’ actor Kit Harington has got himself into a war of words with Northern Irish tourism officials after the actor branded the nation’s capital Belfast as “depressing” on a late night American chat show.

The London-born actor, who plays Jon Snow in the popular HBO drama, made the remark during Tuesday night’s (April 7th) episode of ‘Late Night with Seth Meyers’ when he was asked by the presenter whether he felt it was unfair that he was based in Belfast whereas his ‘GoT’ co-stars got to film in other, more exotic locations. 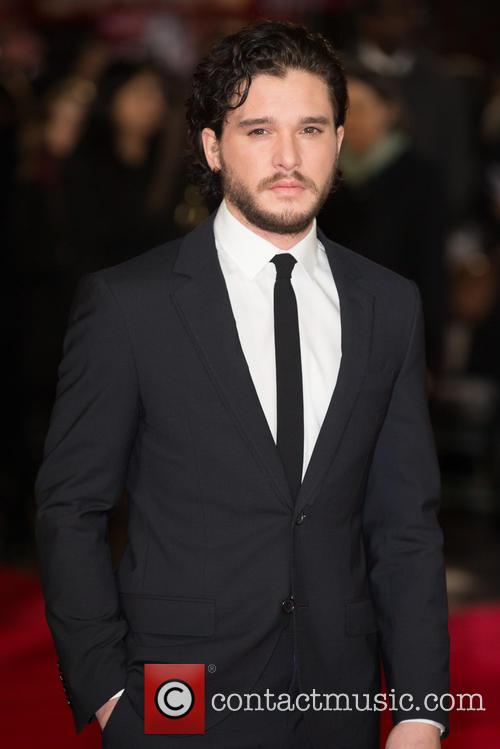 The 28 year old replied that he spends a lot of time in Belfast: “It's wonderful for two or three days. I have to be careful what I say: They celebrate three things. Having the most bombed hotel in Europe, which is great. They built the Titanic which is a ship that sunk on its maiden voyage and now they have ‘Game of Thrones’, the most depressing TV show in history. So it's a wonderfully depressing Tourist Board.”

Representatives from Tourism Northern Ireland responded with a statement that didn’t name Harington, but was clearly in response to his comments. “Belfast and Northern Ireland is recognised as a great short break destination,” their reply read.

“Belfast was recently voted, for a fourth consecutive year, by [reviews website] TripAdvisor as one of the UK's top 10 best destinations among travellers from around the world.” Indeed, the popularity of ‘GoT’ has meant that tourists come to see the landscapes that backdrop the show.

The capital’s newspaper the Belfast Telegraph then came up with a list of ’10 things Kit Harington should do the next time he’s in Northern Ireland’ on Wednesday.

Upset residents of the city, with population of 286,000, then reacted on Twitter to the actor’s comments, with one even saying “Kit Harington is getting his b****** knocked in next time he comes to Belfast #KitHarington #GameOfThrones”.

More: ‘Game of Thrones’ takes over the Tower of London for epic season 5 premiere