The actor has been spotted in Northern Ireland, but what does this mean for the fate of Jon Snow?

Since the season five finale of ‘Game of Thrones’ all eyes have been on actor Kit Harington, as his every move is reported as some kind of clue about the fate of his character Jon Snow. Well spoiler alert we may just have another hint, as the star has been spotted arriving in Belfast where the fantasy series is filmed. 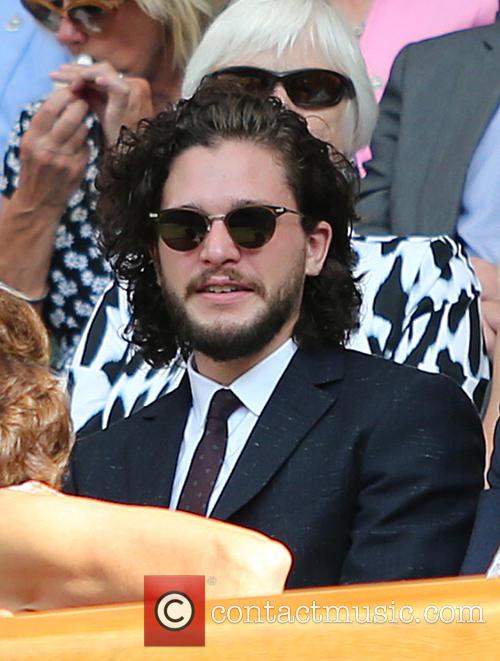 Kit Harington has been spotted in Belfast, make of this what you will.

Yes according to the Belfast Telegraph the actor (and his hair) were spotted arriving in Northern Ireland by a keen eyed fan. ‘Watchers on the Wall’ a Twitter fan page for the HBO series, tweeted a picture of the actor in the airport after he arrived on a flight from London. Harington was said to have travelled with Tom Wlaschiha who plays Jaqen H’ghar in the series.

Fans have already been flooding the internet with their theories as to why Harington is back in Belfast, with the most optimistic saying ‘Jon Snow lives’ and the most boring speculating that he may just have been visiting some friends.

It’s not the first time this month that Harington’s activities have caused fans to get their hopes up. A few weeks ago the actor was spotted watching Wimbledon with his long locks still in tact. The state of Harington’s hair caused many to believe the actor wasn’t finished with the series as he’d previously stated he’d cut off his trademark locks once his run as Jon Snow was over.

But whatever the fate of Jon Snow one thing’s for sure, ‘Game of Thrones’ fans are in for a lot of surprises in season six. Speaking to the Los Angeles Times Emilia Clarke, who plays Daenerys Targaryen recently said the next series will go from 'shocking moment to shocking moment'.

Addressing the criticism that season five had lagged in places Clarke said, "This season coming up, that we’re about to film, there’s none of that. It’s just go, go, go, go. Shocking moment to shocking moment. Epic moment to epic moment. It’s mental; it’s epic. And definitely Dany’s a part of it."