The world reacts with shock today as Kit Harington reveals his freshly shaven face. Yes, the beard is dead and no-one knows quite what to say about it. Some are loving it, and some are sobbing their hearts out over the missing re-growable face-fur. But at least he's not done a Harry Styles. 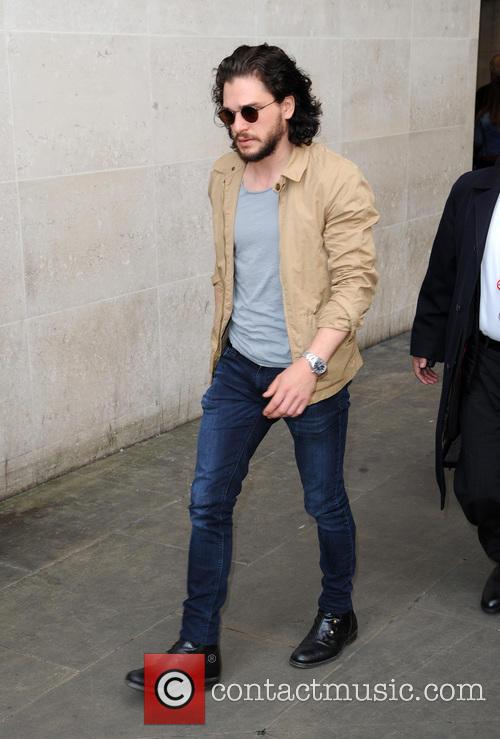 Kit Harington has shaved his beard

Guys, it's not that crazy. The 'Game Of Thrones' heartthrob has shaved his facial hair off before, namely for his 2014 romantic movie 'Testament of Youth', though admittedly we're still used to seeing him with at least a shadow of fuzz. There's just something very anti-Jon Snow about that clean look.

He's still got a glorious mop of long curly locks though; it's not like he's gone and had a short-back-and-sides like One Direction's Harry Styles who went for the chop ahead of his role in Christopher Nolan's 'Dunkirk'. Beardless Harington is in preparation for a new role too; his play 'Doctor Faustus' has come to London's West End this week. Harington is the titular character in this Christopher Marlowe revival directed by Jamie Lloyd (The Maids, The Homecoming), currently showing at the Duke of York's Theatre.

Of course, there are some paranoid fans out there who think that Harington's new look spells bad news for his future on 'Game Of Thrones'; they think Jon Snow will finally meet his maker for good this time. But fear not, people, beards grow back annoyingly quickly.

29-year-old Harington looks several years younger now, and while there's a bit of an outcry from fans on Twitter, we can't help but be reminded a little of Brandon Lee from 'The Crow'. Definitely a plus in our books!

Kit Harington is set to appear in Xavier Dolan's drama 'The Death and Life of John F. Donovan' with Nicholas Hoult and Jessica Chastain, and Martin Koolhoven's Western thriller 'Brimstone' which co-stars Dakota Fanning and is due to hit theatres later this year.