The couple are set to wed after moving in together.

If it wasn't already so adorable that one of our favourite romances from 'Game Of Thrones' is a real thing, it's now been confirmed that Kit Harington and Rose Leslie are engaged to be married after a five year romance. We're sure it will be a stunning wedding. 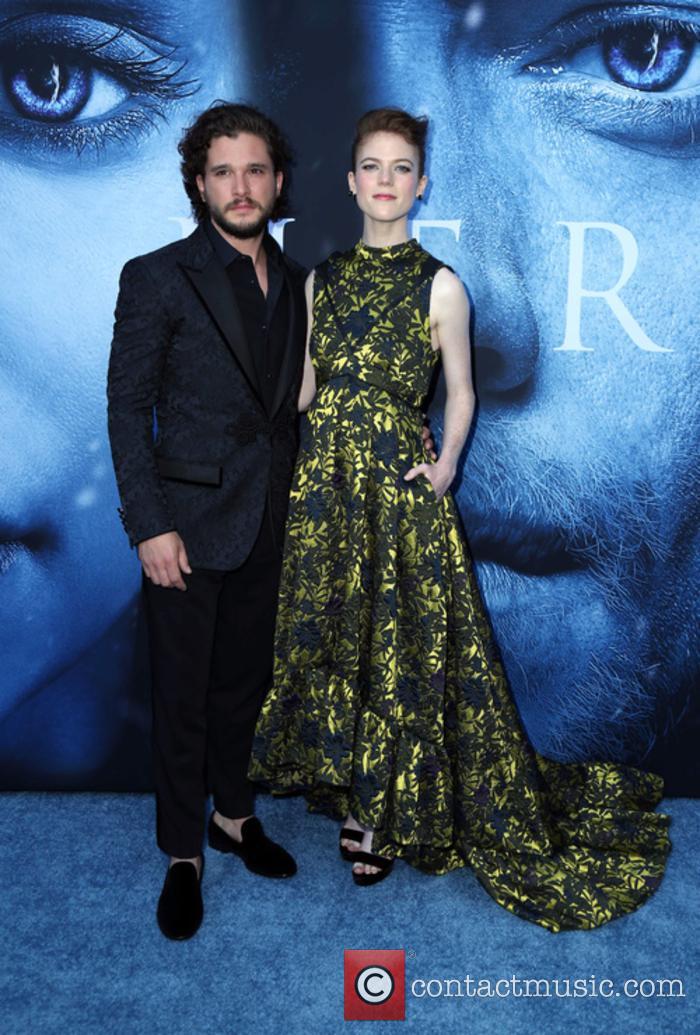 Kit Harington and Rose Leslie at 'Game of Thrones' premiere

This week it was revealed that the pair - who played on-screen couple Jon Snow and Ygritte in the HBO series - are set to wed just months after they moved in together. It was only last year that they actually confirmed that they were in a relationship.

'They're yet to set a date, but told friends and family last week that they've got engaged', a source told The Sun. 'Kit's known for ages he's wanted to marry Rose but he wanted them to get a house and settle down a bit first.'

Kit admitted in an interview last year that it really wasn't that difficult to fall head over heels in love with his co-star. 'The three weeks in Iceland where we shot the second season... because the country is beautiful, the light of the North magic, and why it was there that I fell in love', he told L'Uomo Vogue. 'If you are attracted to a person and in fiction is your love interest, it becomes easy to fall in love...'

The pair moved into together at Kit's £1.75 million house in East Anglia, UK at the beginning of this year, and the actor told James Corden all about it on 'The Late Late Show'. 'I've moved in with my other best friend Rose, so I'm very happy,' he said. 'It's going well, so she's got all sorts of ideas for the house.'