Kiss, Nirvana, Hall & Oates, Peter Gabriel, Linda Ronstadt and Cat Stevens are to be inducted into the Rock and Roll Hall of Fame, it has been announced. 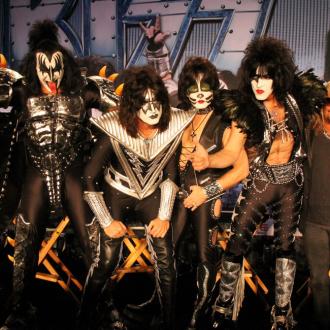 Kiss, Nirvana, Hall & Oates, Peter Gabriel, Linda Ronstadt and Cat Stevens are to be inducted into the Rock and Roll Hall of Fame.

The six acts were chosen by more than 700 voters - comprised of artists, historians and music industry professionals from the Rock and Roll Hall of Fame Foundation - and will be inducted in the 29th annual ceremony at the Barclays Center in Brooklyn on April 10.

Fan voting was also used in selecting the inductees, with their choice counted as a single vote in the overall selection process.

Artists are eligible for the Hall of Fame 25 years after releasing their first recordings and with the exceptions of KISS, who were nominated in 2010, and Cat Stevens, who was considered in 2006, this year's inductees have all been nominated for the first time.

Commenting on the inductees, Joel said: ''All of the 2014 inductees introduced us to something new. They might have drawn from their predecessors or built on what came before them, but they all took something from their roots, transformed it, made it their own and brought it to the world at the right time.''

Additional honours will be given to late Beatles manager Brian Epstein and former Rolling Stones manager/producer Andrew Loog Oldham, who pick up Ahmet Ertegun lifetime achievement awards for their work behind the scenes and Bruce Springsteen's backing group, the E Street Band, receive the award for musical excellence.