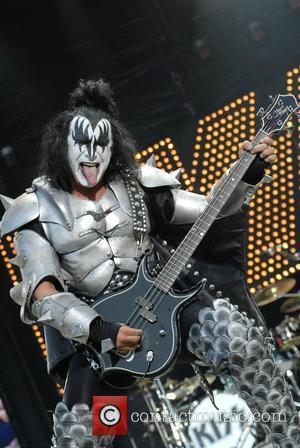 Kiss star Gene Simmons' longtime partner Shannon Tweed has come under fire for using photographs taken of her without asking for permission. The former Playboy Playmate-turned-reality TV star has allegedly used pictures taken by top photographer DIMITRI HALKIDIS in her book KISS + TELL without clearing them with the snapper. Halkidis is now considering filing a copyright infringement suit against Tweed. He claims the photographs were taken in 2002 and he spotted them while leafing through Tweed's 2006 book recently. Halkidis says, "I considered Shannon Tweed a friend and now I feel used. I feel I should be compensated and credited like other photographers were in the book. "Shame on Shannon, she should know the rules of the game by now. This is copyright infringement and she won't be getting away with it. "I am shocked she never had the decency to pick up the phone and just ask me for clearance, or if she was busy why didn't the publisher call and take it through the correct channels?"