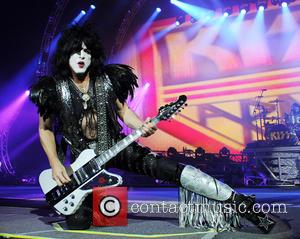 Kiss fans have been given double the reason to look forward to 2014 - frontman Paul Stanley is set to release his memoir days after the rockers are inducted into the Rock and Roll Hall of Fame.

The Heaven's on Fire hitmakers were announced as part of the Hall of Fame's Class of 2014 early on Tuesday (17Dec13), and hours later, publishers at HarperOne revealed Stanley had signed a deal to bare his life in an autobiography.

Face the Music: A Life Exposed will feature rare photographs of the singer and detail his hard-partying lifestyle as one of the co-founders of the heavy rock band.

The tome will hit U.S. retailers on 22 April (14), not long after Kiss join Nirvana, Peter Gabriel, Linda Ronstadt and other honourees at the Rock and Roll Hall of Fame induction ceremony in New York on 10 April (14).

The book won't be Stanley's first - he teamed up with bandmate Gene Simmons to tell the story of the group's formation in 1973 for 2012 release, Nothin' To Lose.