The 40 year old presenter was taken ill having lost consciousness while presenting Sky Sports News on Tuesday - but she was suffering from a viral infection.

Sky Sports News anchor Kirsty Gallacher has denied being drunk on live television after collapsing during an advertising break this week.

The 40 year old presenter was helming the show on Tuesday (December 20th) but was forced to come off air after just 18 minutes into her hour-long segment at 4pm which she was co-hosting with Jim White.

Many viewers speculated on social media that Gallacher was still drunk as a result of a large Christmas session out on the town, because she had shared an image on Instagram the previous evening of a night out with her agent and PR team.

Fans claimed she was slurring her words just before she was taken ill, with one tweeter pointing to “red wine teeth” as evidence that she had perhaps gone a little bit too far the previous evening.

However, according to a report by MailOnline, she was in fact suffering from a serious viral infection that at one point caused her to lose consciousness, as she was taken to West Middlesex hospital for treatment. No alcohol showed up in both blood and urine tests.

Her rep has subsequently explained that mother-of-two Gallacher had “extreme exhaustion mixed with a viral infection.”

“She categorically was not drunk. Blood and urine tests at hospital showed no alcohol in her system. She was just feeling terrible on her way to work. Doctors think it is extreme exhaustion mixed with a viral infection. She was absolutely taken under by it.”

On Thursday, Gallacher thanked her fans for their messages of support. “Thankyou for all your kind messages, feeling bit better, still not 100%. Being ill on live TV is horrid experience...” she tweeted.

She also wrote to the West Middlesex Hospital, saying: '”...thank you to @Westmidhospital for your brilliant care. On the mend & hope to back on @SkySportsNewsHQ asap.” 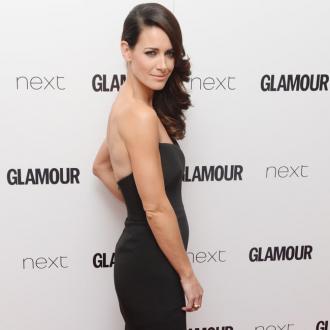