Kirstie Alley To Lose 40 Pounds For Dancing With The Stars? 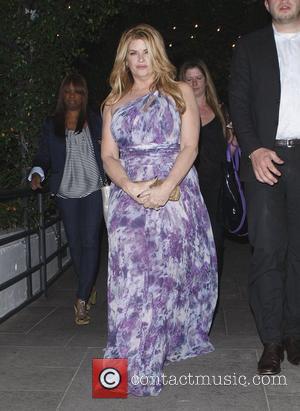 Kirstie Alley says she wants to lose 40lbs before making her debut on Dancing With The Stars in less than three weeks' time.
Kirstie Alley, the American actress who is among the season twelve cast of Dancing With The Stars, says she has already lost 60lbs for the show, but wants to lose a further 40lbs, reports Us Weekly.Speaking at Monday's (28th February 2011) cast reveal, Alley says she is getting into shape for the show, adding, "I've lost 60 pounds, and I have 30 or 40 more to go. And I think with this strenuous, rigorous dance schedule, I think it's going to work. It's exciting". The 60-year-old revealed that she'd declined offers to appear on the show several times before, saying, "You know, it's like that guy who asks you out over and over and over again and you're like no, no, no, no, no. And then finally you're like, Oh fine, all right, we can have breakfast. And then you're like, Oh all right, I'll sleep with you". Alley, perhaps best known for her role on the television show 'Cheers', added that she finally has the "confidence" to appear on the hit dancing show.
Kirstie Alley will be up against the likes of Sugar Ray Leonard, 'Karate Kid' star Ralph Macchio, 'Sports Illustrated' model Petra Nemcova and television host Wendy Williams in the new show, which is set to premiere on 21st March 2011.