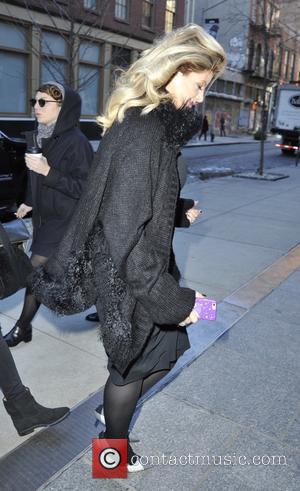 Actress Kirstie Alley will celebrate her 64th birthday next week (12Jan15) 50 pounds (22.7 kilograms) lighter after taking up cycling to help her hit a weightloss goal she set herself in 2014.

The former Cheers star reteamed with bosses at diet firm Jenny Craig last April (14) and revealed she was aiming to shed 30 pounds (14 kilograms) from her frame, but she has exceeded her target after adopting a new healthy eating plan and choosing to cycle everywhere.

The 63 year old tells People.com, "I thought, 'How am I going to solve the problem of hitting a goal and having enough fun to keep that going?' I got a yellow townie bike and I ride over to friends' houses. I bribe people. I'll say, let's ride to this restaurant and I'll pay for dinner. And believe me, if I bike four miles to a restaurant, I don't wreck it with my order!"

And Alley admits having a professional consultant to help her stay on track with her Jenny Craig diet has really helped her lifelong battle with the bulge this time.

She says, "I started looking at myself as an athlete. I was a competitive swimmer for a very long time and I remember that I wouldn't have won anything or done well in swimming if I didn't have a coach."

She adds, "There's this certain place I hit where I felt really energetic and agile. I was like, 'I want to keep going with this...! I want it to be part of my life this time'. I'm just trying to make it fun."

Alley previously served as a spokesperson for Jenny Craig from 2004 to 2007 and dropped 75 pounds (34 kilograms) on the programme.