Kirstie Alley Slims Down To Size 6 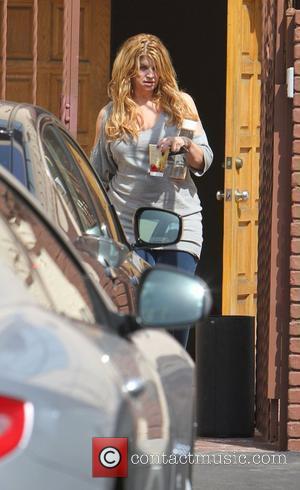 Kirstie Alley, the American actress and current Dancing With The Stars contestant, has slimmed down to a size 6, according to ABC News. Kirstie Alley was photographed leaving a restaurant in Los Angeles on Tuesday (19th April 2011) in a figure hugging red dress and the 60-year-old claims she has been shedding the pounds in recent weeks.
Kirstie was celebrating with friends in Hollywood following her narrow escape from elimination on Tuesday's Dancing With The Stars. Debuting a new slim physique, the actress said, "I haven't weighed myself in the last four weeks. I bought these dresses from a size twelve to a two. Tonight I'm a six. When I'm a two, I'm done, people!" The former 'Cheers' star revealed that she only agreed to take part in the reality dancing show so that she could shed the pounds. Shortly before the season premiere, she told U.S. Weekly magazine, "I've lost 60 pounds, and I have 30 or 40 more to go. And I think with this strenuous, rigorous dance schedule, I think it's going to work". Alley has made a strong start to this year's competition with partner Maksim Chmerkovskiy and appears to have slimmed down dramatically in recent weeks.
Kirstie Alley documented her weight problems in the reality television show 'Kirstie Alley's Big Life' which aired last year. During the show, she tipped the scales at 16st 4lb and vowed to begin her journey to lose around five stone.