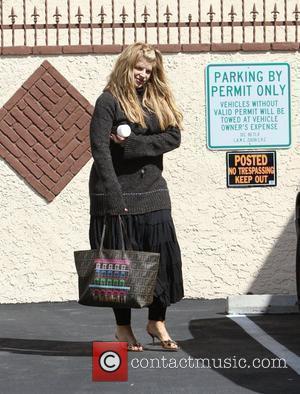 Kirstie Alley - Dancing With The Stars contestant Kirstie Alley has blamed professional dancer Petra Nemcova for her mishap on Monday's show (11th April 2011). Kirstie Alley lost her shoe during this week's routine and scored just 22 out of a possible 30 with the judges, reports People Magazine.
After taking a tumble on last week's show, Alley's shoe came off during her waltz routine with Maksim Chmerkovskiy on Monday. Speaking after the performance, Alley joked, "I do think it's a conspiracy. I think that the other girls came into my dressing room and tampered with my shoe. And I'm not going to name any names ... Petra". Although Kirstie was making light of the situation, she later spoke seriously about her unfortunate error, saying, "Honestly, there were several mistakes that I made before that but when he spun me, my shoe just came off. I could have danced barefoot but it was hooked to my ankle so I couldn't get it off and I couldn't keep it on". After a strong start to the competition, which saw her top the leader-board after the season opener, Alley has struggled to match fellow competitors such as Hines Ward and Ralph Macchio.
Despite her wardrobe malfunction, Kirstie Alley was once again saved by the public on last night's results show. Former world championship winning boxer Sugar Ray Leonard was instead given the boot.