The actress has discussed her disgust at the marketing techniques used by the fashion company.

As the backlash against Abercrombie & Fitch's decision not to stock XL or higher clothing continues, Kirstie Alley has stepped into the argument and slammed the company's policy. Speaking to Entertainment Tonight, the actress voiced her disgust at the label's marketing techniques and said that she has forbidden her children from ever shopping their again.

Alley was discussing the recently resurfaced statement from A&F CEO Mike Jeffries, in which he admits to specifically targeting his clothing to 'cool' and 'popular' people, in the hope that his label is not tarnished by overweight and ugly people. In the statement, taken from a 2006 interview with Salon, Jeffries explains that by not limiting his target demographic his clothing would become less desirable, and as such his profits and marketability would suffer. He said, in every school there are the cool and popular kids, and then there are the not-so-cool kids. Candidly, we go after the cool kids. We go after the attractive all-American kid with a great attitude and a lot of friends. A lot of people don’t belong [in our clothes], and they can’t belong. Are we exclusionary? Absolutely. Those companies that are in trouble are trying to target everybody: young, old, fat, skinny. But then you become totally vanilla. You don’t alienate anybody, but you don’t excite anybody, either."

The rediscovered statement has cause outrage online, with social media sites like Facebook, Twitter and particularly Reddit, inciting crusades against the label. One person in particular, a University of Southern California student named Greg Karber, has taken it upon himself to do harm to the A&F by handing out the label's clothing to some people Jeffries want excluded from his store. Under the Twitter banner #FitchTheHomeless, Karber is encouraging people to give their A&F clothing away to homeless people and has even made a video of himself doing so in Los Angeles. Of course, Jeffries' tactic is not a new one in the fashion world, as many of the most popular high end fashion outlets only stock particular sizes of their clothing.

Of course, most of these people aren't stupid enough to publicly admit that they do this, so it normally goes unnoticed. As the backlash continues it's difficult to forecast how this will affect A&F sales, after all, for every decent person who is likely to be outraged by Jeffries, there's also likely to be someone who agrees with these statements and feels inclined to only shop there from now on. Whatever the outcome, expect to see a lot of fashion-conscious homeless people in the near future. 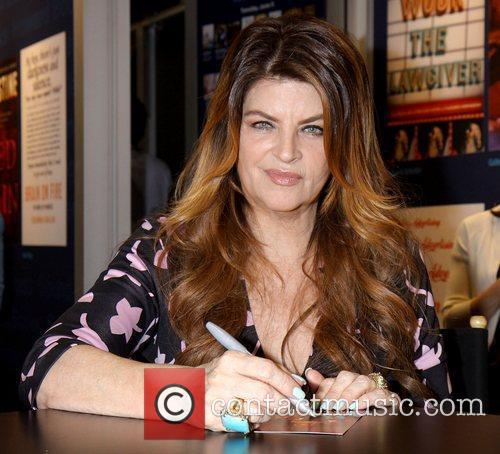 Kirstie Alley is not a fan of Abercrombie & Fitch