Storms, who's played Maxie Jones since 2005, is suffering from skin issues brought about by stress and is taking a short break.

‘General Hospital’ star Kirsten Storms has explained that she’s taking a break from the long-running soap opera because of “skin issues” caused by stress.

The 32 year old actress has played Maxie Jones on the ABC medical drama series and its spin-off series ‘General Hospital: Night Shift’ for all but one year since 2005, forced to take a leave of absence for a year after being diagnosed with endometriosis in 2011.

Us Weekly previously reported last Friday (May 27th) that she would be taking another break. With her doctors telling her that some skin issues she’s been experiencing lately are down to stress, she took to Twitter over Memorial Weekend to thank her fans for their support. 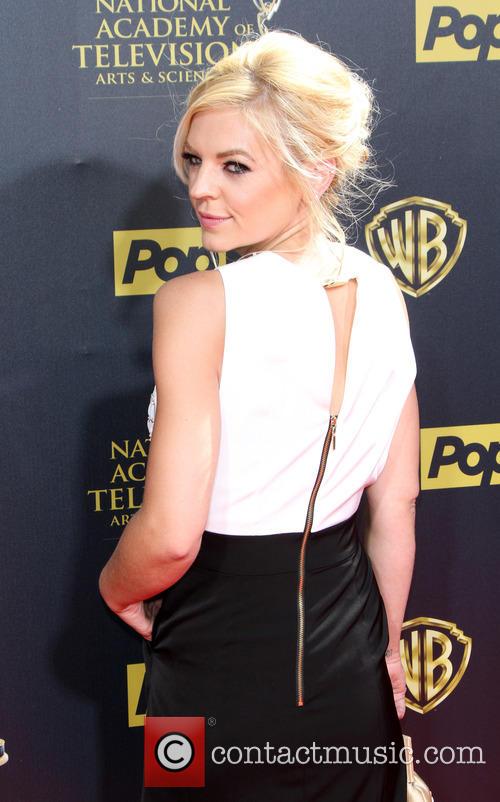 “Tweeters! First, thank you for the outpouring of love & support. I appreciate all the positive messages I've received,” she wrote. “Second, yes I am taking a little break from work due to some skin issues I've been having.”

“My doctors say my breakouts are due to stress, but shouldn't take too long to get under control (I can say that I'm on the better end of it now),” she continued. “However, it was becoming too difficult for GH to cover up. And we all know in this biz appearance is important.”

According to a spokesperson for ‘General Hospital’, Storms’ role as Maxie will be filled temporarily by ‘Days of Our Lives’ star Molly Burnett throughout July.

“In the meantime, I look forward to watching Molly on screen as I take the next few weeks to heal,” the mother of one added. “Again — thanks for the love and you will see me again in no time!”

‘General Hospital’ is listed in the Guinness Book of World Records as the third-longest running soap in American history, behind ‘Guiding Light’ and ‘As the World Turns’, having been broadcast first way back in 1963.