Kirsten Dunst Opens Up About Depression At Premiere 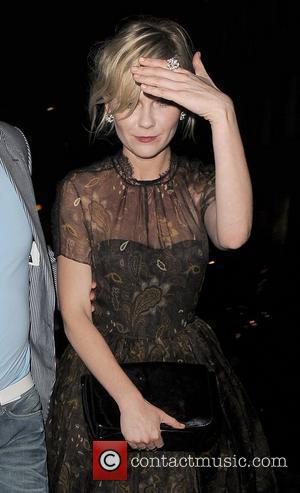 Picture: Kirsten Dunst appears rather worse for wear as she arrives back at her hotel with a male companion, and tries to hide her face from...

Kirsten Dunst, the 29-year-old actress who stars in Lars Von Trier's new movie 'Melancholia', has revealed she and the director shared their own experiences of depression while working on the film. Speaking to reporters at the London premiere on Wednesday (28th September 2011), Dunst claimed hearing the controversial auteur's experiences helped with her own struggles, reports the Independent.
The actress, who sought treatment for depression in 2008, explained, "Lars opened up to me about his experience with depression and that in turn helped me open up". In 'Melancholia', Dunst plays a bride who is struggling to enjoy her wedding celebrations while at the same time planet Melancholia is heading towards earth. Von Trier courted controversy earlier this year when he was declared "persona non grata" by Cannes Film Festival bosses for claiming he could understand Adolf Hitler. Despite his notoriety, the actress revealed how much she enjoy working for Von Trier, saying, "I would have done anything with Lars. I adore working with him. There's no one who's communicated emotion so simply and effectively to me than Lars. And he's funny and a joy to be around".
Other stars to attend the premiere in Mayfair included veteran British actor John Hurt and Simon Pegg. Dunst's co-star Alexander Skarsgard was absent.