Kirsten Dunst values honesty and laughter most in her relationships and says she loves to be surprised by her boyfriends. 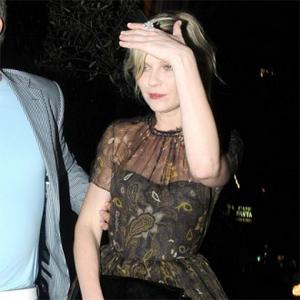 Kirsten Dunst loves being surprised in her relationships.

The 'Melancholia' actress - who has previously dated stars including Hollywood hunk Jake Gyllenhaal and Razorlight frontman Johnny Borrell - claims she doesn't care what a guy does for a living as long as he makes her laugh and is honest.

She said: "When it comes to dating someone, I don't care what you do. Just as long as you make me laugh, you're a good person, you surprise me and we're honest with each other."

The 29-year-old actress also believes it is important to retain some independence while in a relationship or the romance is likely to turn sour.

She said: "It's important to have your own life. As soon as you give up too much of yourself it just turns bad."

Kirsten also admitted that as she gets older she prefers to be friends with someone before dating them because she can't rely on "instant chemistry" to help form a long lasting relationship.

She told Live magazine: "My experience is that as you get older you try to pick a partner who you're friends with. It's hard to find balance and that's not going to come with the 'instant chemistry' kind of people."