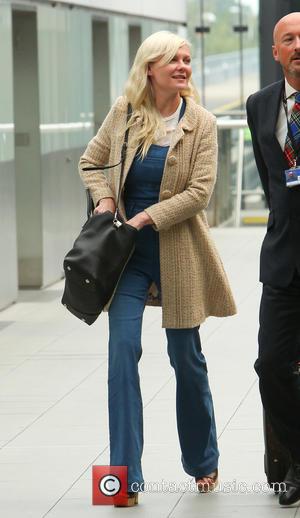 Kirsten Dunst is using humour to cope with the embarrassing Hollywood hacking scandal.

The Spider-Man actress was among the female stars targeted by a hacker who leaked hundreds of nude personal pictures of high-profile women including Jennifer Lawrence, Kate Upton and Teresa Palmer last month (14).

After a number of snaps of Dunst emerged online, she posted a sarcastic tweet saying "Thank you iCloud" along with an emoticon of a slice of pizza and a pile of excrement, slamming Apple over their iCloud storage system.

Speaking to E! Online, Dunst now reveals she has been using comedy to help move on from the embarrassing leak, saying, "I try to have a sense of humour about a really unfortunate situation. The Fbi is investigating, so they're handling it right now."

An Apple representative previously said of the case, "None of the cases we have investigated has resulted from any breach in any of Apple's systems including iCloud... We are continuing to work with law enforcement to help identify the criminals involved."