Kirsten Dunst claims she isn't as interested in fashion as she used to be and can only dream of looking as stylish as supermodel Kate Moss. 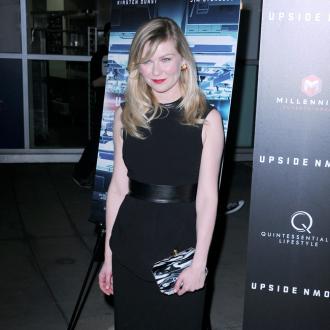 Kirsten Dunst wishes she had Kate Moss' sense of style.

The 31-year-old actress has been likened to the 40-year-old model by Rodarte's Laura Mulleavy, according to Harper's Bazaar magazine, but she's laughed off the comparison saying she's isn't as interested in fashion as she used to be when she was younger.

She said: ''I mean, I know what looks good on me and what doesn't. I had the opportunity to work with two stylists who really showed me things at a very early age.''

When informed of the comment about Kate Moss, she added: ''I wish! I cared more about outfits when I was younger ... the older I get, the lazier I get.''

The 'Spider-Man' actress - who is set to star in 'The Two Faces of January' later this year - confessed she much prefers to wear comfortable clothing like tracksuits when she's relaxing at home.

Kirsten also admitted that she owns a onesie with a monkey print design which she wore on Christmas Eve.

She added in an interview with Harper's Bazaar: ''I just took silly pictures in it because it looks ridiculous.''