Kirsten Dunst is to be the face of the new fragrance by classic Italian perfumers Bulgari, unveiling the scent later this month during Milan Fashion Week. 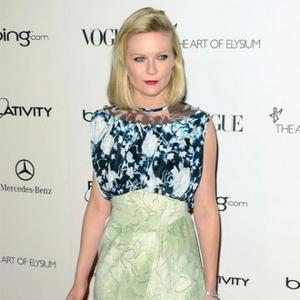 Kirsten Dunst has been named as the new face of Bulgari's new women's fragrance.

The 'Marie Antoinette' star will make a guest appearance at the launch of the Mon Jasmin Noir scent at a Mediterranean Eden themed party during Milan Fashion Week later this month.

In addition to launching the perfume, the party will also preview the Italian fashion house's new collection of 2011-2012 accessories.

Kirsten, 28, is no stranger to The Fashion world, having previously appeared as the face of fellow Italian range Miu Miu, although she was later dropped for French beauty Vanessa Paradis.

She initially replaced troubled actress Lindsay Lohan in the job.

She has also appeared in campaigns for geek label Band Of Outsiders, sold at Joseph and London's Dover Street Market.

Despite her beauty, Kristen is best known for her private life - she has previously dated Jake Gyllenhaal and British musician Johnny Borrell from Razorlight, and she was treated for depression in early 2008.