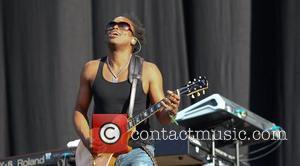 Movie legend Kirk Douglas' estranged son has cast a shadow over the seemingly close-knit clan by claiming he was beaten and raped as a child.

ERIC DOUGLAS, Kirk's son by his second wife ANNE BUYDENS, alleges he was mistreated by his father and raped by two boys when he was a teenager - an incident that led him to a life of substance abuse and emotional problems.

Speaking exclusively to America's GLOBE, he says, "I was an unwanted child. I was born at the height of my father's career. He didn't really want another child, but he agreed because my mother did.

"Dad has a temper - he isn't very patient. He used to hit me when I was a kid. He'd beat me with his hands or whatever was lying around."

Douglas even sent his son off to a mental hospital - even though Eric insists there was nothing wrong with him.

He adds, "The facility charged dad $100 a day to have them take me off his hands."

It was at the hospital that he alleges he was raped.

Eric reveals, "I called my parents and said, 'This is a crazy place. Please take me out of here.' I told them I had been physically violated and attacked, but they said they didn't believe me.

"I'll never, never forgive them for this."