Nathan Followill Fooled By All Saints Mix Up 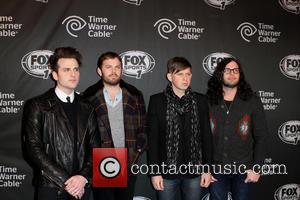 Kings Of Leon rocker Nathan Followill put on an extra special performance in a desperate bid to impress two girlband singers, but it turned out the women were clothes store workers from a shop with the same name.

The drummer admits he has a soft spot for two unnamed members of British/Canadian four-piece All Saints, and he was thrilled when he heard some of the pop stars would be watching his band's set at a U.K. festival in 2008.

He made sure he put on an eye-catching show to make the women swoon, but he was left disappointed when he later found out they were actually staff from the All Saints female fashion chain.