Kings of Leon's Caleb could cheat at school

Kings Of Leon frontman Caleb Followill was allowed to cheat at school while being taught by his uncle. 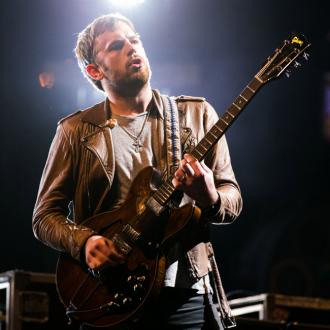 Kings Of Leon frontman Caleb Followill was allowed to cheat at school.

The 31-year-old rocker was taught by his uncle who would let him get away with more mischief than other students during lessons and would bend the rules for his nephew at the school in Tennessee.

In an interview with UK station BBC Radio 2, he revealed: ''My uncle was my school teacher and would let me cheat, I was valedictorian in my class thanks to him.

''He only did it [let me cheat] because I had two jobs and went to school, I had reasons, Nathan and Jared applied themselves a little more than I did.

''Everyone used to say I looked like him, we had this bond, he got me through some tough times, we were all really good [at school] we were athletes, we were all pretty smart.''

Kings of Leon drummer Nathan Followill - Caleb's brother - has now gone back into education and dreams of becoming a teacher when the band stop touring and recording in the future.

Nathan, 34, said: ''I went to college, I'm six credits away from getting my degree in education, once the band is finished I want to teach history and coach basketball, it was our sport.''