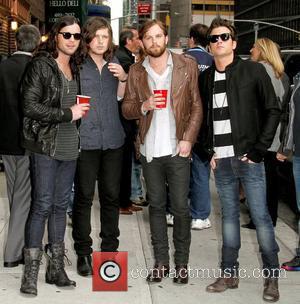 Their Friday festival appearance had been cancelled due to severe weather conditions but fans were relieved to learn of the rescheduled Saturday set, ahead of GUNS N' ROSES' headlining, in what was their first live concert in NYC for three years.

As fans slipped about whilst trying to dance in the mud, frontman Caleb Followill introduced the new song: "We're gonna play a new song we've never played before, so if we mess it up it's your fault."

Watch The Footage Of New Kings Of Leon Song Now:

From patchy video footage from the festival, it is clear 'Super Soaker' has guitar-driven melody with a loud chorus, crashing drums and even a section of bass solo - but perhaps they were just trying to drown out the weather by being extra noisy. Lyrics "I just wanna be there" can be heard and the song was welcomed into their repertoire by tumultuous cheers.

Against the odds and weather elements, the band played an 18-song set which included big hits 'Sex On Fire', 'The Bucket', 'Knocked Up' and 'Use Somebody.'

As well as having the stormy weather to contend with, due to their set postponement, much of the four-piece's gear had already moved to London in preparation for their upcoming European tour. Regardless, Caleb and Co remained upbeat: "How are you guys doing out there? It's a beautiful day. As you guys know we were supposed to be doing this last night, and we're supposed to be getting ready to go to London right about now...some of our equipment had to go on ahead, but we're still going to give you our best show."

'Super Soaker' will reportedly join another recently heard song 'Always The Same' (not played at Gov Ball) on the tracklisting for Mechanical Bull - the follow-up to 2010's Come Around Sundown - which is due for release on 24th September this year. 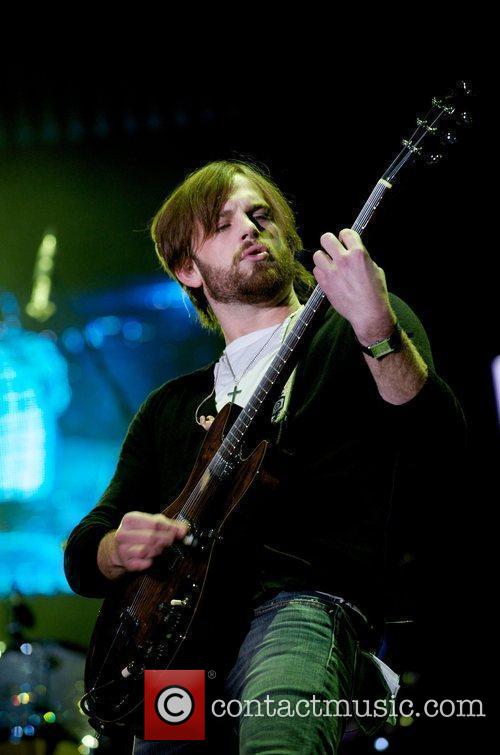 Caleb Followill Will Return With Kings of Leon Later This Year