Kings Of Leon Crowned Rulers Of The Charts With 'Mechanical Bull'

The Nashville rockers' new album has shot to the top.

Kings Of Leon are celebrating yet another chart-topping album with their new and sixth studio album, Mechanical Bull. Sufficiently tantalised by the teasing stream of singles we've heard in recent months, such as 'Supersoaker,' fans have rushed to purchase the new release and have given the Nashville band their fourth UK No.1 to date. 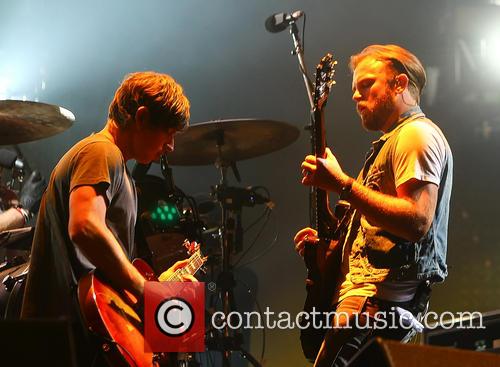 Drummer Nathan Followill tweeted his thanks for the fans support of their new album writing, "Thank you to all of our fans for showing us so much love on the new record. We made it for y'all and that's all that matters. #bestfansever."

The 'Sex On Fire' rockers managed to sell 71,000 copies of their new record, coinciding with the release of their debut album, Youth & Young Manhood, a decade ago. The news of the band's straight-to-the-top chart invasion comes after their performance alongside Stevie Wonder, Alicia Keys and John Mayer at last weekend's Global Citizen Festival. Mechanical Bull Is Selling Well All Over The World.

The event, that saw acts forego paychecks for a charitable cause, is designed to raise awareness and funds to fight poverty, inequality in education and environmental threats.

The band dethroned Sheffield rockers Arctic Monkeys with their Mercury Prize-nominated AM which dropped down to fourth place. Canadian rapper Drake's Nothing Was The Same was snugly nested at No.2 whilst pop star Jessie J had to contend with being the third best-seller of the week with Alive.

Listen To Kings Of Leon's 'Supersoaker':

Meanwhile, the singles chart has stagnated with no new entries this week and Jason Derulo's 'Talk Dirty' still clutching Number 1 with 15,000 copies whilst Katy Perry's 'Roar' holds its second place. On the back of their performance on BBC's The Andrew Marr Show, Californian Haim saw their highest charting single to date with 'The Wire' at No.16.