Kings Of Leon Depressed By Recording

Kings Of Leon frontman Caleb Followill says recording the group's forthcoming album 'Come Around Sundown' in New York was like ''working in an office'' because the group's days were so structured. 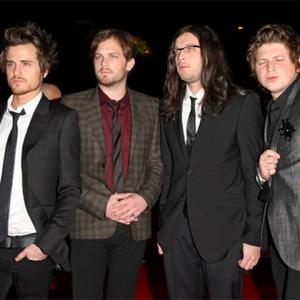 Kings Of Leon say making their new album was "depressing".

The 'Sex on Fire' hitmakers recorded their latest LP 'Come Around Sundown' in New York and admit it was a more regimented regime than their previous studio sessions in Nashville, Tennessee.

Singer Caleb Followill explained: "It was kind of a depressing experience. If we'd made it is Nashville, we'd be out playing basketball or goofing off. Here, I'd wake up and hail a cab to the studio, then spend 12 hours a day in a room with no windows.

"It felt like we were going to the office. But that can be good as well as bad."

However, Caleb thinks moving from Nashville - the country music capital of the US - also helped the 'Use Somebody' rockers rediscover their southern American roots.

He added: "I think because we recorded the album in New York, we somehow rediscovered a bit of our country side, whereas if we'd been in Nashville, where you'd be surrounded by country music, that never would've happened.

"We were like, let's get a bit of fiddle on there, we wanted it to have that kind of rootsy feel."