Kings Of Leon Had To Cancel Their Headlining Set At The Firefly Music Festival On Saturday Night (20jun15) As The Audience Was Evacuated Due To Storms. 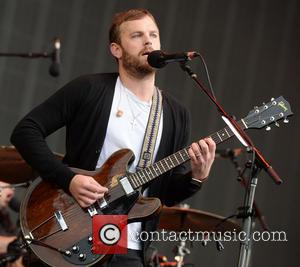 The Use Somebody hitmakers' performance was pushed forward by 45 minutes in a bid to avoid the bad weather, but moments before the rockers were due to take to the stage in Dover, Delaware, fans were ordered to leave the grounds due to a lightning storm and heavy rain.

Drummer Nathan Followill wrote on Twitter.com, "So sorry Firefly. Mother Nature apparently was not given VIP passes and decided to be a b**tard. I was ready to melt multiple faces."

His brother and bandmate Jared also wrote, "We have the worst luck. Flew up to Delaware. Did press. Meet and greets. The only thing I was looking forward to was playing the show... Thanks to @LiveAtFirefly for being such a cool festival. So bummed we got rained out. Hopefully we can be back soon."

Rapper Kid Cudi had his performance cut short after only 20 minutes due to the storm, while Steve Aoki's DJ set was also cancelled.