King of Leon: Nashville has a 'national sound'

Kings Of Leon think the city of Nashville, Tennessee - where they formed - has a ''national sound'' and has inspired the likes of Jack White and The Black Keys. 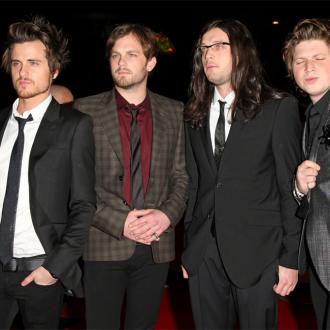 Kings Of Leon think Nashville has a ''national sound''.

The 'Four Kicks' rockers - Caleb Followill, Nathan Followill, Jared Followill and Matthew Followill - grew up in Talihina, Oklahoma, but formed in the Tennessee city and credit the area for inspiring a whole new genre of music, as well as being the muse behind bands which are currently ''hot''.

Jared told All Saints: ''It has just morphed into this new national sound that I don't think was ever there before.''

Nathan added: ''We moved here and made our home. Jack White moved here, and The Black Keys moved here. We got looked down on for being rock bands and, now, it's like every band that you hear that is hot right now is based out in Nashville.''

The band recently set up their own record label, Serpents & Snakes, and they hope to put younger artists in the limelight, such as indie rock group The Weeks - who Nathan believes are a younger version of themselves.

He said: ''First of all, seeing The Weeks, physically, I thought we were separated at birth, because they like to rock the locks like I do.

''You can just see that half innocence, half hunger in their eyes. Just bright eyed and ready to take on the world and like, y'know, come what may. We're just gonna kick ass.''

The 'Sex on Fire' hitmakers' next album is due out in September and they have described it as a cross between 2003 debut 'Youth & Young Manhood' and 2007's third album 'Because of the Times'.