Kings Of Leon - Only By The Night Album Review

Review of Only By The Night Album by Kings Of Leon

Album review of 'Only By The Night' by Kings Of Leon 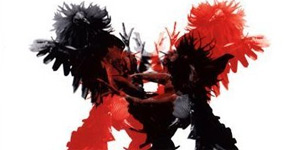 Kings Of Leon are a funny old beast the band is really a family affair full of three brothers and a cousin. For some reason they are not really liked in there native country and with album number four it seems that Kings Of Leon have done something about it. They seems to have had a make over, some say dropped the hippy look. Is it necessary? They have a massive following in the UK and whenever they have some new material out Radio One are always there ready to supply us all with an exclusive.

The one thing about these guys is that they always owned that raw sound, but in the shape of album number three it seems that the guitars and vocals have been cleaned up, which musically Kings Of Leon have lost that edge. Caleb Followill's unique raw vocal is a massive part of Kings Of Leon sound.

So it can be said that Kings Of Leon have sold themselves to try and widen their fan base but others say that maybe the band are just starting to take themselves a bit more serious and have become more professional.

'Only By Night' has some really quality tracks, the strange thing is that that is all within the first four tracks on the album. It is easy to point out the Single 'Sex On Fire' but 'Closer' has to be one of the stand out tracks which is bizarre because it is not a typical Kings Of Leon song. This is dark and intense along with the vocals that send a shiver down your spine.

The thing about the rest of the album is consistent but with nothing that explodes out at you. You could ask the question should Kings Of Leon of waited until they could fill up the album with tracks like 'Crawl' 'Closer' and 'Sex On Fire' or should they of just blasted out an EP?

As a fan your only concern is how "airbrushed" the album is, but if you are going to see them live then the raw sound that you are used to will be right back in place.