Review of Mechanical Bull Album by Kings Of Leon

In recent years, the kings of contemporary rock have been riding their own 'Mechanical Bull', with successful highs ('Only By The Night') and terrible lows (29/07/2011 Dallas show). The band went from Grammy award winning rock legends to a vomiting embarrassment. As Kings Of Leon release their sixth studio album, 'Mechanical Bull', they hope to grab hold of the reins and make their way back to the top before they risk falling off forever. 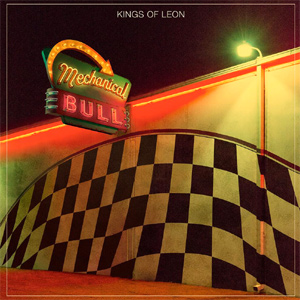 After the Kings of Leon were tossed aside by critics in 2010, it was clear the family band had to have a change of direction. Delving back into their past, the band have a newfound angst and a quality which bears resemblance to marijuana influenced Youth & Young Manhood, whilst maintaining the stadium style, rock choruses they have become famous for.

The album opens with easily distinguishable first single 'Supersoaker' - a fitting name for those that made it the sound of their summer. The major keys compliment the upbeat tempo and the controversial vocals of Caleb Followill are stronger and more confident than ever, suiting the self-assured melody which soaks itself into your mind using a catchy chorus and unforgettable riffs. Following track 'Rock City' opens with a slow, progressive solo, setting the mood for this classic rock tune. The distorted guitar moves between minimalist power chords to groovy major key riffs whilst Caleb's vocals bear resemblance to Tom Petty, complimenting the re-mastered 80's style melodic sound, proving the band still understand how to write a classy rock song.

This is followed by one of the album's weakest points. 'Beautiful War' is well constructed yet provides no sense of angst, determination, power or 'war'. The slow track contrasts 'Don't Matter' and focuses on Caleb's vocals which overpower the simple arpeggios and bass line. Throughout the longest track on the album (5:10), you are left waiting for it to break down into a succession of fast riffs, though you are left disappointed. Kings Of Leon aren't a band you'd usually associate with Hall and Oates however 'Family Tree' displays elements of the duos work, especially with the unison choruses (minus the keyboards).

Despite Caleb promising, 'It's a comeback story of a lifetime', 'Mechanical Bull' isn't. Whilst there are a select amount of well-constructed songs, the album becomes stale with the continuous mid-tempo tracks such as 'Beautiful War' and 'Tonight'. In the past Kings of Leon have proven they can deliver consistency, we just need to see a bit more of it throughout 'Mechanical Bull'.