prolific. adj 1 producing much fruit or foliage or many offspring 2 (of an artist ,author etc.) producing many works 3 plentiful. King Creosote's name should also be in the dictionary under the title prolific. His output is nothing short of phenomenal. Diamond Mine represents his second album this year, a lean year by his standards but one that has projected him further into the public's consciousness. His collaborative venture with electro wizard Jon Hopkins has recently been Mercury nominated and while at odds of 25/1 it is an unlikely contender to win, it will no doubt bring about a new and bigger audience for the talented man from Fife.

At seven tracks and only 32mins long it's no epic. Rather 'Diamond Mine' is a very considered re-evaluation of previously written songs. Creosote has clearly gone for quality over quantity resulting in a very well balanced, cohesive and impressive track listing. The air of tranquillity that covers the album makes for a very pleasant and enjoyable listen, easily able to rest you from reality into a world of day dreams. Kenny Anderson (KC) is in mesmerising vocal form throughout the album, his voice framed exquisitely by the subtlety and sensitivity of Hopkins production. The electro pulses that soundtrack the songs are so perfectly in tune with each song that you never question or balk at the combination when paired with the wonderfully warm dueted vocal sequences, lone piano or acoustic guitar. 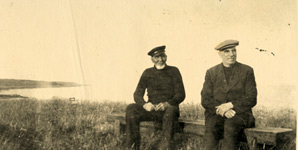 The richness of the songs is not only born out of their arrangement and mastering but also through the narrative lyrics and well captured characters that are portrayed so marvellously on Diamond Mine. 'John Taylor's Month Away' and the brilliant, reflective and emotive 'Bats In The Attic'..............."It's such a waste of all that we had, and it's such a waste of all that I am".. both deftly convey a story and capture a moment in time so effectively. 'Running On Fumes' is bathed in a wondrous melancholy set to a bassy whir and layered backing vocals. Here, as well as elsewhere, sound bites and samples are interspersed into the tracks giving the whole album a very organic and slightly ghostly atmosphere.

The most up front of the electro beats is on the lamenting 'Bubble' but even here its still Anderson's voice, the haunting male/female duets, occasional accordion and even the treble of the triangle that stand out. What Hopkins has done is a fabulous achievement. He's made the tracks work beautifully through electronic enhancement whilst at the same time making them so well blended that you barely notice them. (He's like garlic in cooking, you may not know its been used but something has definitely made it more flavoursome). 'Your Own Spell' sees the introduction of a harmonica and strings to add further lustre to an already impressive album before the sad despair of the closer 'Your Young Voice'.

Diamond Mine; seven tracks, seven gems. As fruitful collaborations go this one between King Creosote And Jon Hopkins will have to rank as one of the years best so far. Although it maybe one of this years more leftfield nominations for the Mercury Prize, it remains nonetheless deserving of the extra attention in will bring. (It's certainly better than being in the Top 5 of Rough Trades best albums of 2003! a previous accolade)