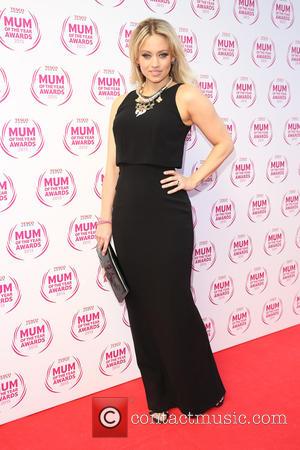 Singer/dancer Kimberly Wyatt was joined by her baby daughter and husband during her six-hour charity danceathon on Sunday (08Mar15).

Wyatt performed a variety of dance styles throughout the day to raise money for Britain's Comic Relief charity and shared pictures on Instagram.com of her model husband Max Rogers bouncing along to the music with their three-month-old daughter Willow in his arms.

Wyatt wrote in the captions, "It's Family Day at wembley! @maxrogersuk me and baby Willow," and, "I had the best time... Raised so much money for those in need. Even the hubby joined in! Check him out..."

British Tv presenter Claudia Winkleman hosted the inaugural event at The SSE Arena in Wembley, north London. Funds were raised as part of the Comic Relief telethon, which airs in the U.K. on Friday (13Mar15).

Pussycat Dolls reunion will go ahead