Kimberly Wyatt has claimed the Pussycat Dolls were a ''sisterhood'' despite the reports of rivalries between different members. 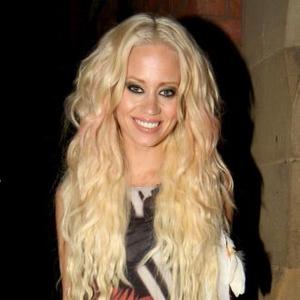 Kimberly Wyatt says the Pussycat Dolls were a ''sisterhood'' despite the reports of rivalries.

The 30-year-old star quit the girl group in February 2010 because she was unhappy with her position in the band but although it has been speculated that Kimberly did not have a good relationship with lead singer Nicole Scherzinger she insists the band were a strong unit.

When quizzed about the much rumoured feuds within the group, Kimberly exclusively told BANG Showbiz: ''As for the relationships, they continue to want to make these rivalries, but it was truly a sisterhood. The truth of working with people, you're not always gonna continue to be best friends once you're done with that job.

''I hope the public understands that they may have a job for seven years, but when they leave, they may not be best friends with every single one of the people that they work with.''

The blonde beauty - who was also joined in the group by Melody Thornton, Carmit Bachar, Jessica Sutta and Ashley Roberts - is now starring West End dance show 'Revolution' alongside fellow 'Got To Dance' judge Adam Garcia.

Kimberly is grateful for her success with the Pussycat Dolls because it has given her the platform to land other projects.

She said: ''Being in a group for seven years and having the sort of success that we did within this little bubble was amazing. Stepping outside of that as an individual is extremely scary. It's one of the most fearful things I've ever done.

''We rode the train until the Wheels fell off. We all knew it to be a platform and to make something of that platform afterwards.''

Kimberly - who now spends most of her time in the UK because of her work commitments - still keeps in touch with her former bandmates.

When asked if she has kept in touch with the other Pussycat Dolls, Kimberly said: ''Yes, almost all of them.''