Girls Aloud stars Cheryl Cole and Kimberley Walsh have come a long way from Pop Princesses to Yummy Mummies but the former bandmates and firm best friends have done it and appear to now be enjoying their new role in life. Mum-of-two Kimberley has revealed she and new mum, Cheryl, see each other "all the time" and her boys and new born baby Bear have regular playdates. 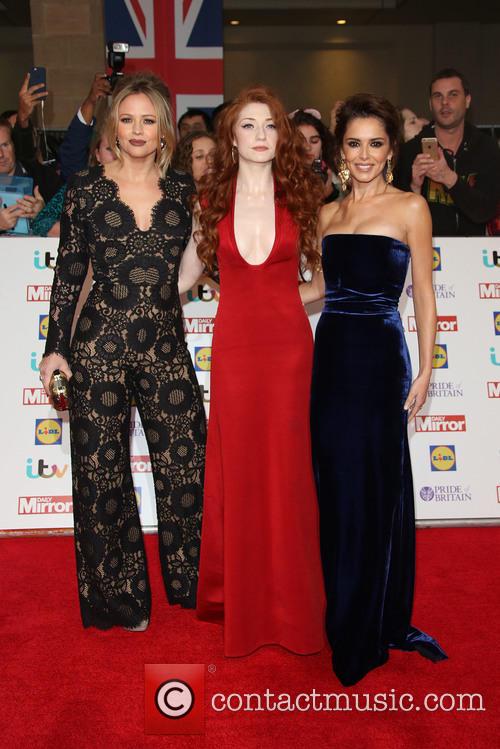 Speaking about her relationship as a pair of new mums, Kimberley, who is mum to toddler Bobby and baby Cole, said: "It's nice to have babies at the same time.

"I remember when you could just pop out for dinner or spend time reading a book."

The 35-year-old WestEnd star of Elf spoke about the difficulties of being a parent but admitted because of the length of time she has been with her partner, Justin Scott, becoming a parent didn’t affect anything they wanted to do.

She said: "Because my husband and I have been together for so long we've done all the holidays and had plenty of time just the two of us so we were ready to be selfless and now everything revolves around them.

"It's up to you to bring them up well and mould them into lovely little people but the plus sides outweigh any negatives.

"They provide entertainment on a daily basis."

Kimberley is getting set to use her experience as a parent to design her own childrens' clothing range, which she's been working on for two years alongside her brother.

The singer and actress says she was inspired by her two boys and motivated to launch a line after a lack of 'exciting' clothes for little boys in shops.

Despite appreciating that she's been 'incredibly lucky' to do everything she's wanted careerwise, she admits she's still got a long career ahead of her.

She added: "I've been lucky to do everything I've ever wanted but I'd love to experiment in the world of acting and presenting, too."