Girls Aloud star Kimberley Walsh has jetted off into the sunshine to Barbados with her son Bobby and future husband Justin ahead of her wedding on the tropical isle. The date for the romantic ceremony has yet to be revealed but with the couple leaving the country it looks like they’ll be heading down the aisle soon. 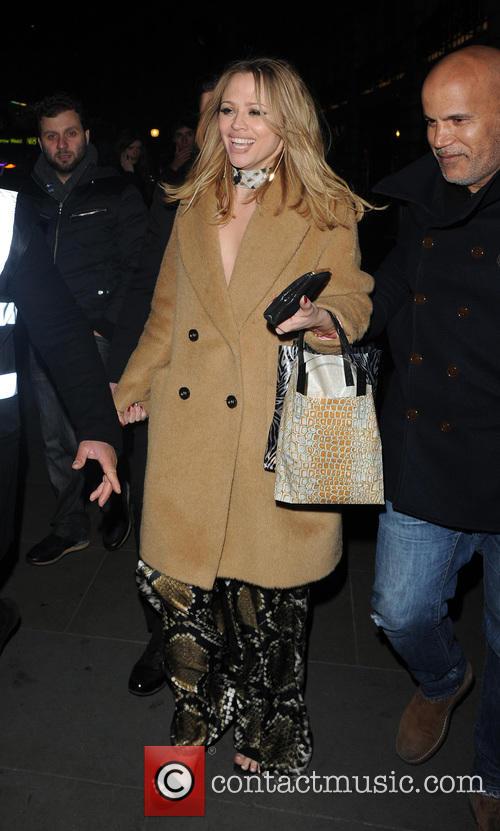 Kimberely got into the animal print spirit on her hen do

Kimberly has been with her partner, Justin Scott, a former member of boyband Triple 8, for 11 years and the pair have gorgeous 18-month old Bobby together but have finally decided to take the martial plunge.

Helping Kimberley out as she becomes a bride are her fellow former bandmates Nicola Roberts and Cheryl Fernandez-Versini, who is currently dealing with a divorce from husband number two.

MORE: Elf The Musical Becomes The Most Expensive Stage Show On The West End

Despite her own heartache, Cheryl will travel out to Barbados and has been on hand to celebrate her friend with the lead-up to the big day. Reports have suggested that the two girls will also be invited on their honeymoon after the ceremony.

MORE: Cheryl Fernandez-Versini To Be A Bridesmaid At Kimberley Walsh's Wedding

The ladies hit the town for Kimberley’s hen do just over a week ago with animal print the theme and the girls all dressing the part - however, neither Sarah Harding or Nadine Coyle, the two other Girls Aloud members, were there.

It’s unknown if they have been invited to the wedding.