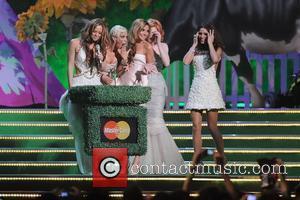 The nine celebrities who climbed Mount Kilimanjaro for Comic Relief have landed back in the UK after their arduous ascent.

"It's brilliant to be back - we spent the week in hell," said Moyles after the nine landed at RAF Northolt in London.

"It felt like a long, long time when you're slogging up a mountain every day, so we're delighted to be back," added Keating.

The group's five-day climb raised more than £1.5 million for Comic Relief and will be shown on Thursday on BBC1.

GMTV presenter Ben Shephard: "You will never really know how emotional and how hard it was for all of us to get up there. It's just such a relief to be home."

Cole and Fearne Cotton both suffered from altitude sickness during the ascent while the group all suffered sleepless nights and aches and pains due to lack of oxygen.