Kim Zolciak Caught Smoking Whilst Pregnant Yet Again: Should She Be Punished?

The 'Real Housewives of Atlanta' star was spotted smoking, which wouldn't be a problem if she wasn't four months pregnant

Real Housewives of Atlanta star Kim Zolciak was photographed on Thursday (June 27) smoking a cigarette despite being heavily pregnant. Regardless of all the warning and the obvious health risks it poses to her unborn baby, the reality star showed little regard for her fifth child as she puffed away in Atlanta. 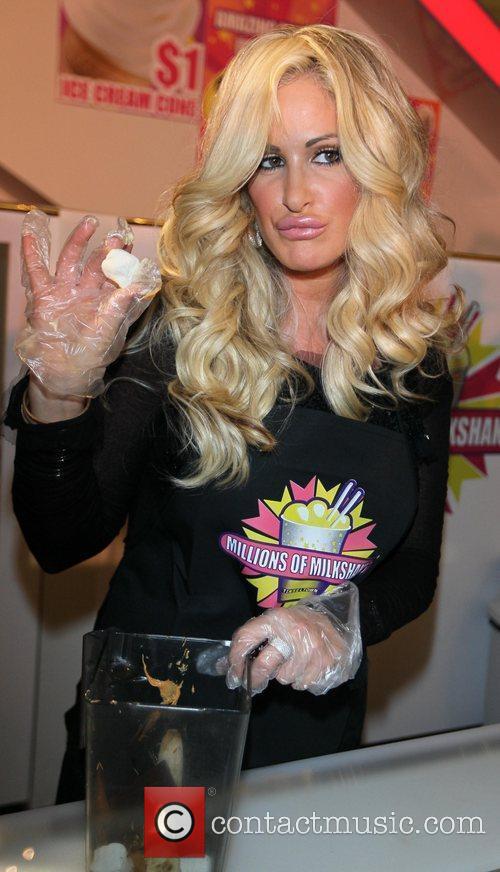 Kim was spotted smoking when she was last time pregnant too

We're not going to get preaching and talk about the health hazards that come with smoking, after all, Zolciak is a grown woman and can do whatever she wants with her body. The thing is, Zolciak isn't playing with her own body now, as anyone who has seen a recent photo of her can vouch for. As such there has been an outcry at her irresponsible behaviour and the harm she is putting her unborn child in. In 2010 she was spotted smoking whilst pregnant with her fourth child, but claimed she didn't know she was pregnant at the time. She wont be able to get away with that excuse this time though. The reality star could find herself in hot water

Kim is believed to be around four months pregnant, and with her fifth child in such a delicate stage of it's development she couldn't have picked a worse time to be spotted with a tab in her mouth. TMZ first posted the snaps of the smoking reality star and have them available to see on their site. She hasn't yet responded to any enquiries asking her to justify her actions, either way this is a major mothering faux-pas and brings into question any other bad habits she may have and her capabilities as a mother.

The only thing that remains now is to see whether the realty star, who had been filming her new show Don't Be Tardy when she was photographed, will face any punishment for her actions, or at least admit fault to the major misstep. If she doesn't want to commit social suicide, she probably should do something about this whole mess, otherwise we don't see Don't Be Tardy lasting very long. Kim Zolciak Caught Smoking Whilst Pregnant Yet Again: Should She Be Punished?