She's avoided jail over the Target shoplifting incident back in August, but has been ordered to perform 300 hours of community service.

Reality TV star Kim Richards has avoided a jail sentence for the shoplifting case she was arrested for two months ago. The ‘Real Housewives of Beverly Hills’ star was handed down a hefty chunk of community service, according to documents accessed by People.

51 year old Richards, a former child star, was sentenced to 300 hours of service in the community, plus three years of probation and 52 Alcoholics Anonymous meetings, in news first reported by TMZ.

She had pleaded no contest to the charges of shoplifting, relating to an arrest outside Target in Los Angeles on August 2nd, when a security guard intercepted her with $600 worth of items and placed her under citizen’s arrest. 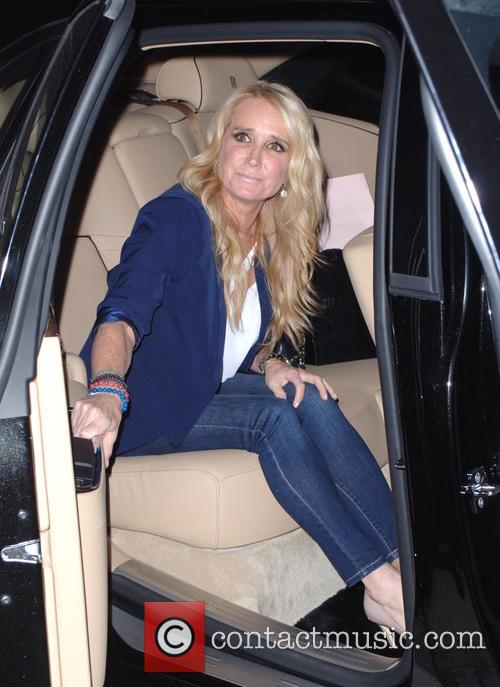 The star must also “continue treatment and follow recommendations for treatment including drug rehabilitation, therapy and medications,” according to the court papers. The sentence was handed down on Wednesday (October 28th) by an L.A. judge. She has also been banned from visiting the specific Target location in question in the San Fernando Valley, though precisely which branch was not disclosed.

It rounds off a pretty controversial year for the reality star, who recently also accepted a plea deal relating to her public intoxication charges relating to an arrest at the Beverly Hills Hotel in April for resisting arrest and battery.

Also in 2015, Richards was sued by one of her (probably now former) friends Kay Rozario, after her pet pitbull dog attacked her the previous year. Rozario was awarded just over $8,000 dollars in compensation, but had initially claimed for $1 million.

A source tells E! News that Richards is busy with new projects. “At the moment, Kim seems to be doing OK. She goes to AA. She's trying to get some projects off the ground. There are three or four in the works.”

The source also denied that she has recently been living out of her car, as some recent tabloid reports have implied. “She wasn't. She stayed at Kathy [Hilton's] for a bit and she was also in a hotel. No one would ever let her be homeless.”