Kim Richards has been successfully sued by a former friend for damages after Richards' dog attacked her last year.

Kim Richards is in more trouble. The Real Housewives of Beverly Hills star was successfully sued by one of her close friends (now probably a former friend) after Richards' dog attacked her in March of last year. The friend in question, Kay Rozario, claimed in court that the pitbull attacked her and caused extensive damage to her hand. 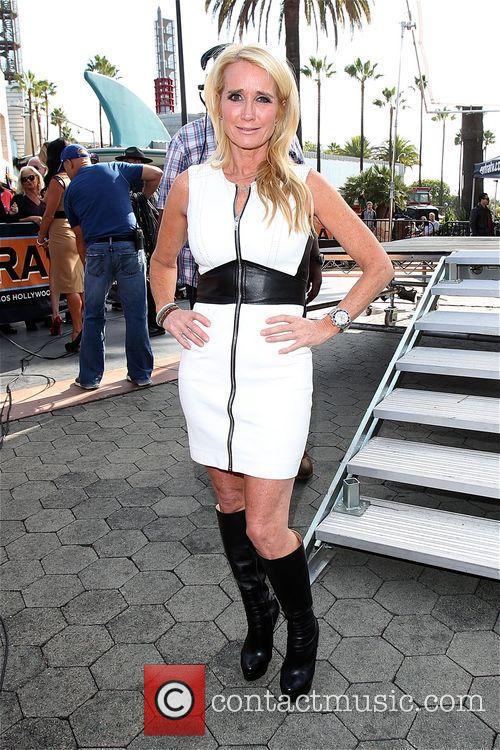 Kim Richards has been sued after her pitbull attacked a woman last year.

In a series of photographs, obtained by TMZ, Rozario's hand is shown before and after medical treatment. The initial picture shows her hand with a large gash on the top where a part of her flesh has evidently been removed, another shows teeth marks and severe bruising and another couple show Rozario's hand after she has received medical attention with a number of stitches. Rozario alleges the dog had bitten her so severely that its teeth had reached the bone.

In her suit, Rozario alleged Richards refused to pay her medical bills after her dog inflicted the injury. On Thursday (14th May) an L.A. judge ruled in her favour and Richards has been ordered to pay damages. However, Rozario initially asked for more than a million dollars but she has been awarded $8,083.53. This is still more than Rozario's medical bills actually totalled at $4,083.53.

Richards is currently in a rehabilitation centre in Malibu. The 50-year-old reality star checked herself in after she was arrested in a Beverly Hills hotel in April after refusing to leave. Richards was intoxicated and belligerent during her dealings with the police. She was taken to a nearby police station where she allegedly assaulted a police officer. Richards was formally charged with three offences on Thursday: public intoxication, resisting arrest and battery on a police officer. If convicted, she faces up to two and a half years in prison.