Kim Richards' co-stars on The Real Housewives of Beverly Hills have shown their support for the former child star on social media. Richards was arrested in the early hours of Thursday morning (26th April) and charged with public intoxication. Richards has had difficulties with alcoholism in the past and, in the light of her recent arrest, it appears she may have fallen off the wagon. 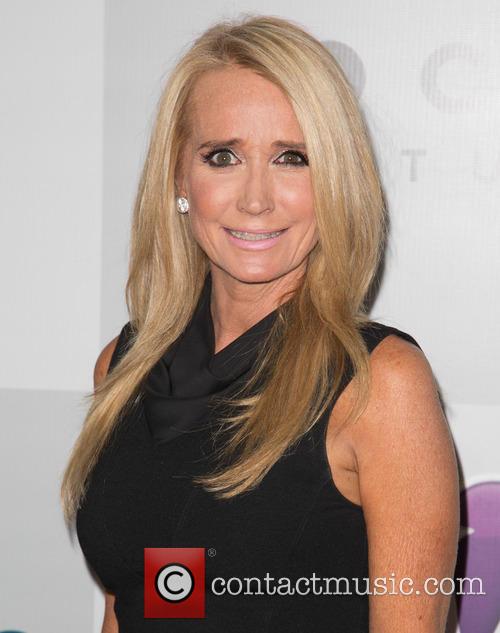 Kim Richards' Real Housewives co-stars have responded to her arrest on Twitter.

50-year-old Richards was reportedly harassing other guests in the Polo Lounge at the Beverly Hills Hotel on Thursday. Security requested that the reality star leave the premises but she hid in the toilet and refused to leave. The Beverly Hills Police Department were called and she was arrested. She allegedly kicked a police officer whilst at the police station and was charged, in addition to public intoxication, trespassing, resisting an officer, with battery on an officer.

Richards co-stars have publically shown their support on social media. Actress Eileen Davidson, who joined the Real Housewives last year, said her thoughts were with Richards' family during "this difficult time".

Lisa Rinna, the television host and actress, was initially criticised for seemingly mocking Richards' situation was a since deleted tweet. "Just laugh. Just laugh all day long," Rinna wrote, as Perez Hilton reports. Rinna later tweeted in support of Richards, writing: "I was sad to hear about Kim's incident and I wish her and her family the best."

Brandi Glanville, a former model, did not directly refer to Richards' arrest but made a comment about "good friends". "Real friends are their [sic] in the good times, the bad times & especially the worst times. I am blessed with real friends & am a real friend myself," 42-year-old Glanville wrote on Twitter.

Glanville had previously tweeted thanking Richards for a charitable donation "in the middle of all she has going on!"

British restaurateur Lisa Vanderpump, although caring for her husband as he recovers from surgery, also made a comment on Twitter. "U [sic] can't help somebody til they want to help themselves, I know for sure that the sisters will always support each other when the time comes," Vanderpump wrote on Twitter on Friday (17th April).

Vanderpump was referring to Kim's sister, Kyle Richards, who also stars on the show. She had no comment to make other than to request one media outlet "stop with the invented, inaccurate stories."

I feel badly for Kim Richards and her family my thoughts and prayers are with them during this difficult time.

U can't help somebody til they want to help themselves,I know for sure that the sisters will always support each other when the time comes.

I was sad to hear about Kim's incident and I wish her and her family the best.

Real friends are their in the good times,the bad times &especially the worst times.I am blessed with real friends & am a real friend myself