Kim Richards spent the night in jail on Sunday (2nd August) after police arrested her for shop lifting.

Kim Richards has allegedly been arrested for shoplifting. The former Real Housewives of Beverly Hills star was reportedly arrested by police in Los Angeles on Sunday (2nd August). The 54-year-old reality star reportedly stole goods, in the region of $600, from a Target store near her home in the San Fernando Valley. She was caught by the shop’s security who placed her under citizens’ arrest and called the police. 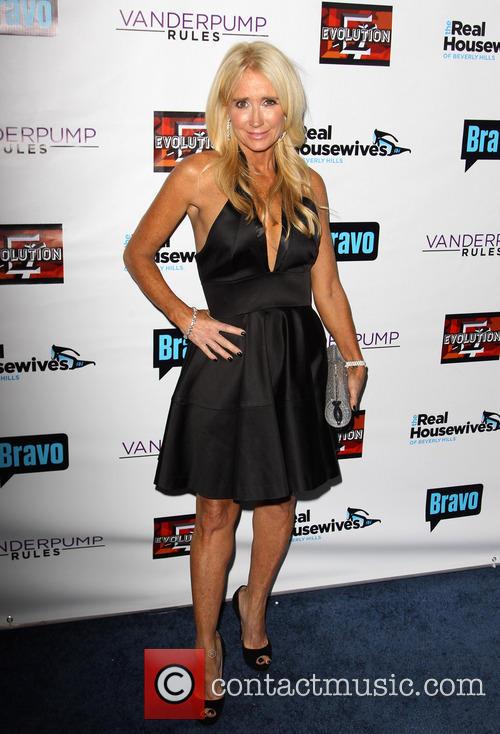 Kim Richards at the joint L.A. premiere of Real Housewives of Beverley Hills and Vanderpump Rules in October 2013.

She was taken to Van Nuys Police Department and spent the night in jail. She was charged with a misdemeanour and released on Monday (3rd August) on a $5000 bail.

The case has been turned over to the Los Angeles Attorney’s Office and the D.A. will decide if charges should be pressed.

This is not the first time Richards has been in trouble with the law this year. In April, she was arrested by police at a Beverly Hills hotel after hotel security reported her acting belligerently. She was charged with three misdemeanour charges for public intoxication, resisting arrest and battery on a police officer.

Appearing in court in June, Richards pleaded not guilty to the three misdemeanour charges. Richards’ representative entered the plea on her behalf as she was staying in a rehabilitation centre to address her reported alcohol abuse.

Richards is a former child star who first appeared in ABC’s Nanny and the Professor television and film series in the 70s. She continued acting throughout the 80s, gaining a role in the Diff’rent Strokes spin-off Hello Larry, but her career took a dip in the 90s. She starred in The Real Housewives of Beverly Hills from 2010 to this year when, following her arrest and stint in rehab, it was announced she would not be returning.