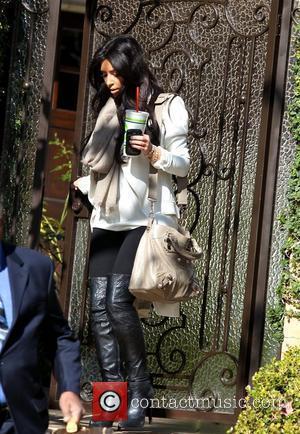 The Kardashian empire shows no sign of abating, even in the wake of the bad publicity Kim Kardashian received last year after splitting with husband Kris Humphries after just 72 days; indeed, perhaps it was that event which has led to their latest rumored venture, with reports suggesting the socialite family are set to enter the print media with their own glossy magazine focusing on nothing but themselves. The New York Post reported the news, claiming that the family are close to signing a deal with American Media Inc, the publishing house that owns Star, The National Inquirer and Shape in the States. A source apparently close to the clan said "This is a Kardashian idea, they have been reaching out to several media outlets." Although matriarch Kris Jenner is unlikely to be editor-in-chief, it's understood the female members of the family are likely to be heavily involved in the publication, which -depending on your feelings on the Kardashians - will either be used as a tool to spin their own stories, or a fanzine dedicated to the family. There has been no comment yet from any of the potential parties.
Though at times hard to remember what it was that got any of the Kardashian family so famous in the first place, Kris' marriage to OJ Simpson court representative Robert Kardashian and her daughter Kim's sex tape with R&B singer Ray J two of the more notable catalysts, their celebrity status has never been firmer with a slew of reality shows, modelling contracts, television and film appearances adorning the five children of Kris.