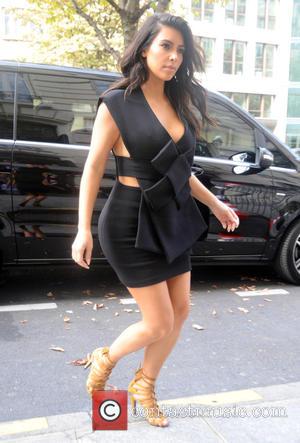 International prankster-to-the-stars Vitalii Sediuk was apprehended by Kim Kardashian's security guards in France on Sunday night (28Sep14) after they spotted the Ukrainian mischief maker in the same hotel where the reality Tv star was dining.

Kardashian was the target of Sediuk's latest prank on Thursday (25Sep14) when he lunged at her and attempted to drag her to her knees when she arrived at a Paris Fashion Week show with her husband Kanye West and her mother Kris Jenner - and her handlers weren't taking any chances on Sunday.

According to the New York Daily News, Sediuk was spotted at Hotel Costes in Paris, where Kardashian and West were enjoying a romantic meal. Her security guards refused to let him leave until the couple had exited the building.