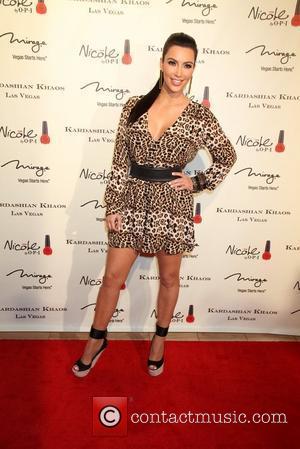 Since the Internet came into existence, the world-wide-web has done many wonderful things for celebrities. Bands have found themselves with instant access to millions of potential money-spinning fans. Gone are the days of a thousand paper cuts as the lonely singer, desperate for fame, sits in their bedroom, stuffing hundreds of jiffy bags with poorly written press releases and CDs that took so long to burn on a tired old laptop that the rest of the band have split due to musical differences by the time the CDs make it to the Post Office. With the advent of MySpace, though, bands like Arctic Monkeys got famous without even realising they were trying.

Social media sites give us an insight into celebrities' worlds that fools us into thinking we are all bezzy mates and that if we re-tweet what Kim Kardashian had for dinner enough times, we might get an invite for the family photo shoot next Christmas. The Internet, it would seem, has us eating out of the palms of the fame-hungry. They feed us 3-part trailers for blockbuster movies, send fanclub-only cover versions straight into our inboxes and if we are very patient and time it right, we even get a glimpse of their naughty bits when those private videos somehow make their way online. And then, of course, we BUY whatever it is they are trying to sell.

We love celebrities now, more than ever because we mistakenly think we are all part of the same world.

Sometimes, though, The General Public gets its own back. In 2011, the celebrity rumour mill was working over time. And nothing fuels a rumour faster than The Internet. Here, we look at some of the best myths and rumours of the last 12 months.

FAKE DEATHS
If the rumours were true, pretty much every public figure in the entertainment world has kicked the bucket in the last year. The excitement of a fake celebrity death is usually short-lived, though. It was Mark Twain that first stated "the reports of my death have been greatly exaggerated" and celebrities are usually quick to debunk the rumours, though some of them probably lay low a little while to see how quickly the posthumous CD sales take to kick in.

This year, Lady GaGa was one of the highest profile fake deaths. A fabricated online story claimed that she had passed away in a hotel room. Clearly, such a traditional death was unfitting of Gaga - she was far more likely to have suffocated on bacon, trying to get THAT dress off without the help of her wardrobe assistant.

Hugh Hefner, the Playboy don, was another to fall foul of the rumour mill this year. It's uncertain how the news of Hefner's death broke. perhaps an ambitious journalist was preparing the octogenarian's obituary and hastily hit 'Send' by mistake? Never one to miss a PR opportunity, Hefner took a moment to echo Mark Twain's sentiment and, of course, to add that he was alive and well and in bed with Shera Bechard.

The public loves a slow burning demise and Charlie Sheen has been a walking car crash for months now. However, someone, somewhere decided to accelerate the process somewhat by declaring Sheen to be dead at his house. It would seem that one death rumour wasn't enough for Sheen's detractors. He has been the subject of at least three viral hoaxes in the last few months. There's no stopping Charlie Sheen though. He is, after all, one of life's winners.

Sometimes, Internet death hoaxes can be chalked up to a simple misunderstanding, an embarrassing case of Chinese Whispers. And perhaps that was what happened with the recent Jon Bon Jovi death rumours. Maybe someone, somewhere was discussing the state of the rocker's career these days and. well. someone jumped to the wrong conclusion.?

Never one to be outdone, Suge Knight - the Ceo of Death Row Records - turned the whole 'fake death' scenario on its head recently, when a video clip emerged on YouTube of the record label mogul explaining why he thinks Tupac Shakur would have faked his death. The answer? To "avoid going to prison", according to the video. We don't think Suge Knight has quite got the hang of the celebrity death hoax, sadly.

Most online death hoaxes are dispelled pretty quickly, but if you're thinking of starting one, just remember that day in 2009 when someone told you that Michael Jackson, the King of Pop had died. Remember that? Remember how you laughed it off, went about your business as usual? That's what happens when the boy cries wolf too many times.

Beyonce'S PREGNANCY
There has been some serious mileage in Beyonce's expanding waistline this year. So much so, that it's quite possible that the former DESTINY'S CHILD singer herself can't remember if she is actually pregnant or not. The 'is she / isn't she' stories have done so many laps of the Internet that they are probably expecting some kind of medal once the baby pops out. Except there isn't a baby. Except there is. Repeat ad infinitum.

Michael Jackson IS ALIVE
The celebrity death hoax is a tired genre in the world of online rumours. So the myth-makers have spiced things up a little bit with a spot of 'Michael Jackson isn't dead after all' activity. Which is, no doubt, great news for Dr. CONRAD MURRAY but the claims of his continued existence remain unsubstantiated.

SHAM MARRIAGES
First Kim Kardashian's 72-day marriage was exposed as a sham by the very gentleman embroiled in it (NBA player Kris Humphries), then Britney Spears' ex, Jason Alexander, has called her out on her plans to marry her 'long-term' (in celebrity terms that means more than a few weeks) boyfriend Jason Trawick. Alexander has spoken to US Weekly, saying that the soon-to-be-betrothed couple are not in love: "I think it's fake and I think people are afraid to say it." The more attentive celebrity news fan may be forming some kind of critique that involves a pot calling a kettle black, given that Britney Spears and Jason Alexander's own marriage lasted a paltry 55 hours before being annulled.

SITE HACKING
Proving that there's more to a celebrity rumour than sending out a few Twitter messages, this year, the Sony Music Ireland website was hacked and the meddling pranksters who did it filled the site with fake stories. The best of which, of course, was that 'Friday' singer Rebecca Black had married R. KELLY. The very thought of which, simultaneously closed laptop lids and disconnected wi-fi connections the world over.