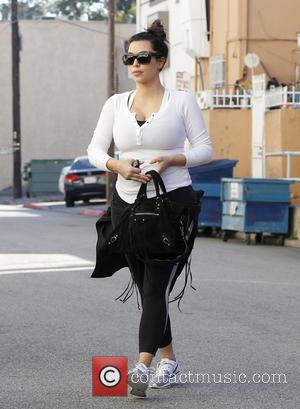 The marriage between Kris Humphries and Kim Kardashian famously lasted only 72 days. Just as famously their divorce has now taken a year and a half to come to fruition, and it still hasn't. To make matters even worse, Humphries' lawyer has just handed in his resignation, essentially, and is accusing his ex-client of abusing the law system. Drama!

According to TMZ, his former attorney Marshall Waller has told Kris that he's clutching at vapors with the case he's trying to build against his ex-partner and that there are no legal grounds for him to simply annul the marriage rather than receive an official divorce because there is simply no evidence of fraud on Kim's behalf. Uh-oh! That's bad news for Humphries. Those legal bills must be racking up.

Kris, Kim and her lawyer all met in court today to discuss where to go further, with Kardashian's lawyer undoubtedly requesting a court date ASAP. That's bad news for Kris, but the one light at the end of this very dark, very long tunnel for the basketball player may be that he could possibly argue for more time having just been ditched by his legal representation. On another downside, what lawyer is going to pick up his case now?