Kardashians Reluctant to Begin Filming New Series Due to Thefts

Production on season 10 of 'Keeping Up With the Kardashians' could be delayed as the famous sisters are reportedly refusing to film over concerns about thefts in their homes.

Kourtney, Kim and Khloe Kardashian have been blighted by theft since they began filming their reality show back in 2007, but it seems the last string of burgalries were the final straw and now the sisters are refusing to begin work on the tenth season of 'Keeping Up With the Kardashians' until the culprits are caught. 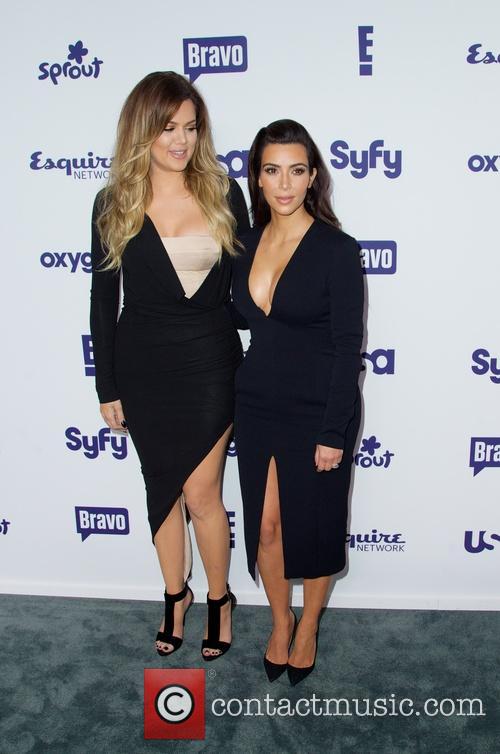 Khloe and Kim pictured at an event in May

The family have been hit by three major thefts in six months and suspect that members of the vast crew of filming staff, styliss and other personnel that have access to their property during filming could be responsible. Each time the bulgary has initially gone unnoticed due to no signs of forced entry or break-in. Last month Kourtney and boyfriend Scott Disick reported a theft of over $4000 from the house they are renting whilst filming 'Kourtney and Khloe Take the Hamptons'. This is the second theft from the couple this year, and last year they lost $50,000 in a raid on their California home.

Similarly, a recent episode of 'Keeping Up With the Kardashians' showed Khloe discovering over $250,000 of jewellery had gone missing from a wall safe whilst packing up her belongings to move out of the house she shared with former fiance Lamar Odom.

According to CelebBuzz, filming is due to begin in October but the sisters are aiming to delay this as they want the crew to undertake lie detector tests.

The fact that the incidents all seem to have gone initially unnoticed is reminscient of the burgalries that Paris Hilton and Lindsay Lohan were subject to in the early noughties, brought to life on screen in Sofia Coppola's 2013 film The Bling Ring.