Kim Kardashian West and Kanye West spend $500 a day renting movies on the day they are released in cinemas. 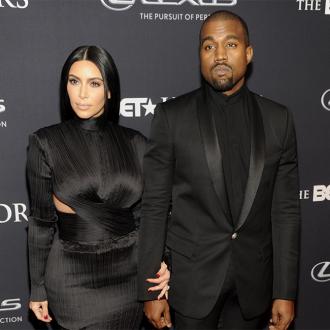 The couple - who have 22-month-old daughter North together - have installed a $35,000 Prima Cinema into their lavish home in California's Hidden Hills and the state-of-the-art system allows them to ''watch a movie the same day it's released in theatres,'' Us Weekly magazine reports.

However, to download just one movie for 24 hours use, the couple pay $500.

And they are not the only stars to have the luxury cinema system in their houses.

Mila Kunis and Ashton Kutcher - who have six-month-old daughter Wyatt together - and Ellen Degeneres and Portia De Rossi are also able to relax in front of new releases in the comfort of their own homes.

While Kim and Kanye can enjoy their cinema, their new home also boasts entertainment for North as they have been adding an extravagant jungle gym in the grounds of their Hidden Hills property.

The wooden recreational area features two sets of monkey bars - one curved and one straight - a slide and little steps to help the toddler climb up to the boxed-area.

They are also eager to build a basketball court and a studio for Kanye, 37, so he doesn't have to travel to Paris to record music.

Their sprawling estate will also include a games room, a detached guest-house and luxury spa for Kim, 34.