Kim Kardashian West appears to be furious with her stepfather, Bruce Jenner, as he defends himself against rumours he is dating his now ex-wife's best friend, Ronda Kamihira. 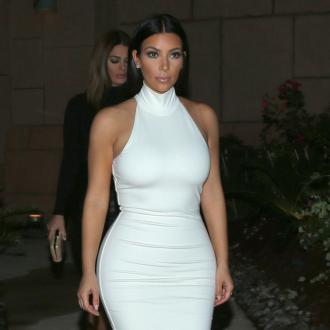 Kim Kardashian West has lashed out at Bruce Jenner.

The 34-year-old television personality - whose mother, Kris Jenner, was married to the 65-year-old former athlete - has criticised her stepfather for dating someone so close to the 59-year-old manager.

In a first look of series 10 of 'Keeping Up With The Kardashians', as obtained by E! News, Bruce - who was rumoured to have been dating Kris' ex-best friend, Ronda Kamihira, after the couple split in 2013 - appeared defensive when Kim made the accusations against him.

He asked: ''Do you actually think I'm dating anybody?''

To which, Kim replied: ''She was really one of my mum's best friends and my mum cries about it.''

A second clip then shows Kris, accompanied by Kim, telling Bruce it's ''not right''.

The parents' split seems to be a hot topic in the Kardashian and Jenner household as later in the clip, Kylie Jenner reveals that she thinks her mother is ''lonely''.

A source close to the star said previously: ''[Corey] constantly tells her how hot, sexy and smart she is. [They] are like teenagers, non-stop making out and it's major PDA all the time!