Khloé Kardashian's sister Kim Kardashian West is ''sick to the stomach'' about her younger sister ''flirting'' with her estranged husband Lamar Odom. 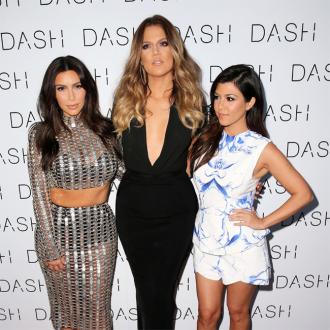 The 'Keeping Up With The Kardashians' star is fuming that the 31-year-old television personality is still talking to her estranged husband Lamar Odom, admitting it makes her ''sick to my stomach''.

She said: ''I don't know why Khloé and Lamar are talking, but he hurt her so badly.

''As a big sister, I'm just really protective and for her just to be flirting with him on the phone makes me like, sick to my stomach.''

In a preview for a new episode of the E! reality show, Khloé is seen chatting on the phone to her ex, before ending the conversation when she catches her 34-year-old sister staring at her.

After the phone call, Kim says: ''Like, I just can't take it. The fact that when he decides to come around and be friendly, you're like, flirting with him.''

To which Khloé replies: ''I'm flirting with him how? By answering the phone and saying hello?''

Kim goes on to insist that Khloé would be acting a lot differently if it was her other ex, French Montana, on the line, although Khloé hits back, telling her sister: ''Why would French and Lamar even be in the same category?''

Khloé filed for divorce from Lamar in December 2013 but the pair didn't sign the papers until July of this year.